Love Audi’s but don’t like the sound of running a diesel version of their A1 and A3 models? Then you’re in luck because the car firm has taken the wraps of two interesting new models. 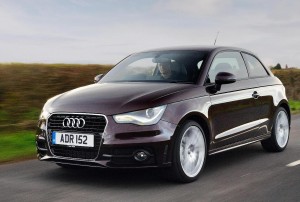 The new Audi A1 TFSI

The Audi A1 and A3 ‘CoD’ are aimed at buyers who want the diesel’s frugal mpg figures but with petrol engine performance.

These two models snap at the heels of their TDI counterparts with fuel economy figures of up to 60.1mpg.

The ‘CoD’ for the Audi A1 and A3 stands for Cylinder-on-Demand which is currently seen on their S and RS models using a system which switches virtually imperceptibly between two and four-cylinder modes in as little as 13 milliseconds to optimise efficiency.

Audi says the cars are cheaper to buy and have lower fuelling costs than their 2.0 TDI equivalent plus BIK savings of up to £1,044 for a 40% taxpayer.

The Audi A1 and A3 have a sophisticated new unit which offers 0-62mph acceleration times of 7.9 and 8.0 seconds in the A1 and five-door A1 Sportback equipped with S tronic transmission. The A3 and A3 Sportback with manual transmission complete the sprint in 8.3 and 8.4 seconds. Top speeds are 132mph in all cases.

That’s a premium of £850 over their continuing 1.4 TFSI 122PS equivalents in both ranges, positioning them as attractive alternatives to the 2.0-litre TDI variants.

Check out the leasing prices for the Audi A1 and A3 TFSI cars since they are probably cheaper to run than buying one – which makes their motoring bills even cheaper!