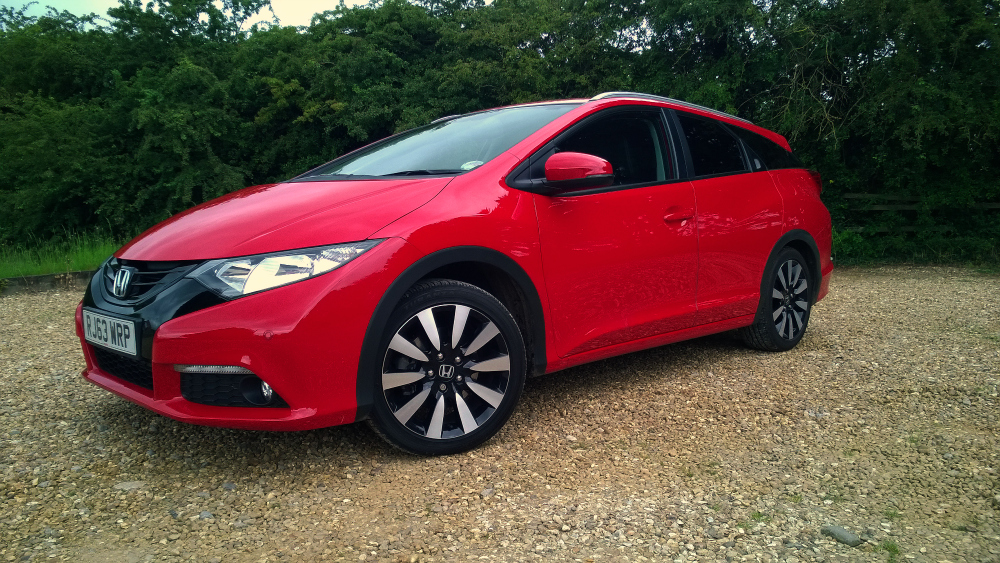 Despite being on the scene for a few year now Honda has strengthened its Civic line-up with the addition of a highly practical Tourer. Rob McSorley reviews it for FVL.

The front shares the same angular lines as the hatch but the Tourer is all-new from the c-pillar rearward. Sharing the same wheelbase as the hatch, the new model has a much larger rear overhang but is arguably better looking from the back with its hip-level taillights and swooping window line.

Inside will be familiar to Honda Civic hatch owners with the same digital speedo and analogue ancillary dials with a driver focused dash that sweeps around the driver. It works incredibly well with the speedo viewed from above the steering wheel with a large, high-quality multifunction screen just to the left. 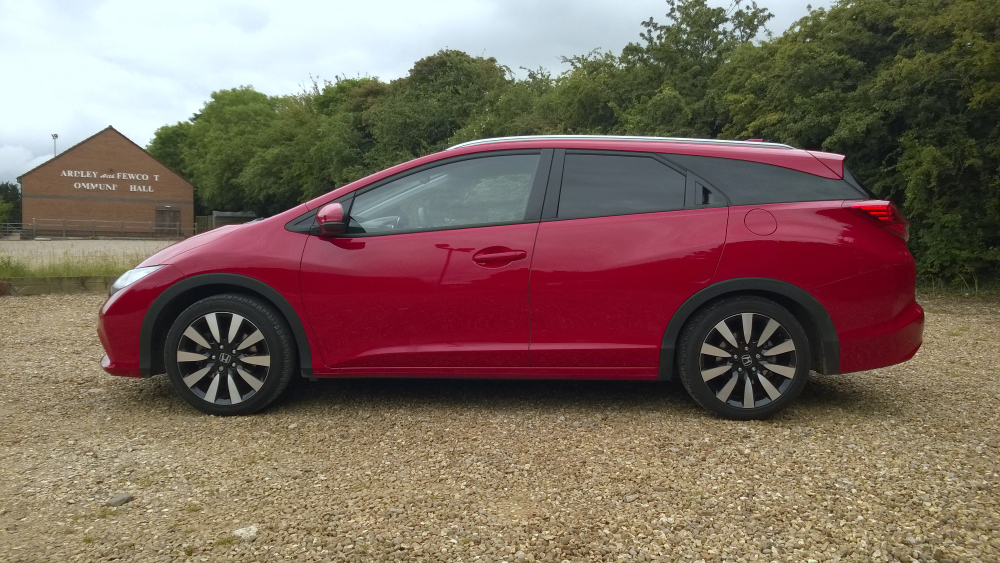 Not only does the interior look fantastically space-age but it is also highly functional with easy-to-operate controls and plenty of useful storage areas dotted around. Upmarket materials feature throughout give a premium feel and this Honda feels built to last. 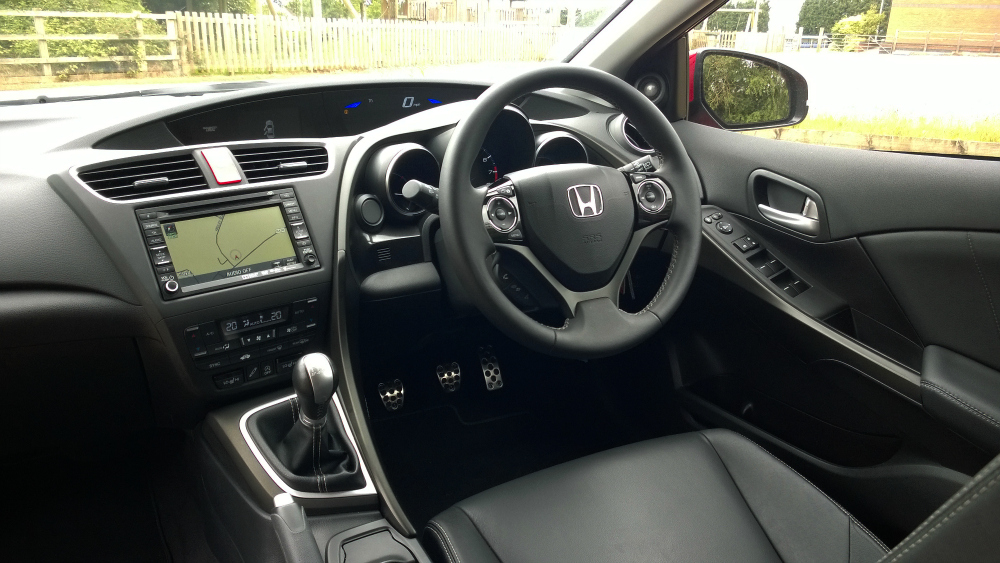 Honda has cleverly positioned the fuel tank under the two front seats which frees up useful space in the boot and beneath the back seats. It has enabled Honda to fit its “Magic Seats” – similar to those found in cinemas – which flip up and lock in place with a simple tug of the seat base creating a large space for tall items without having to fold the rear seatbacks. When you do want to fold the seats it’s nice to find that the base lowers with the seat back creating a completely flat floor. 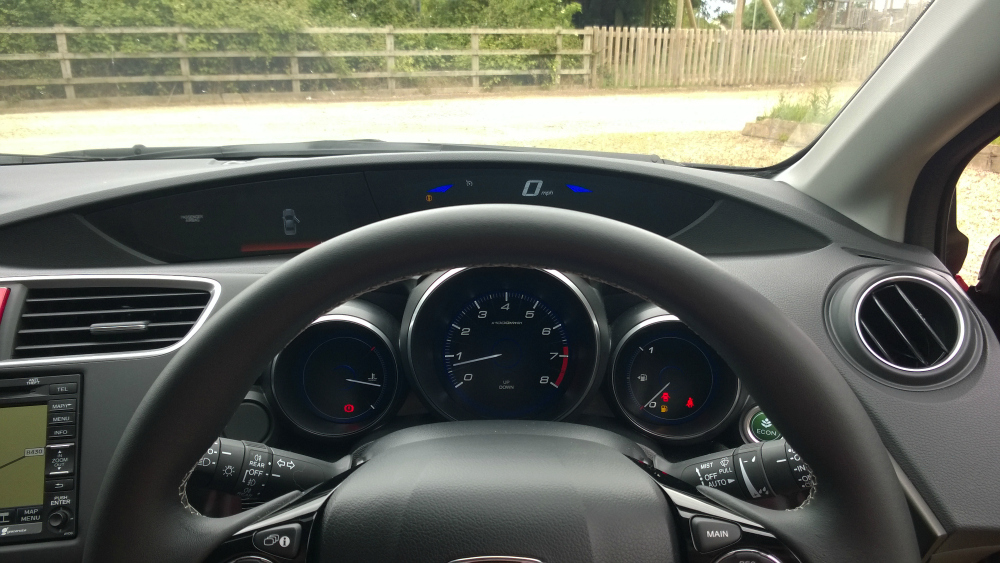 The Tourer boasts one of the biggest boots in its class at an absolutely massive 624 litres with the further 117 litres tucked out of sight under a false floor. It’s easy to make good use of the space with a large aperture, low load lip and well-shaped boot area. 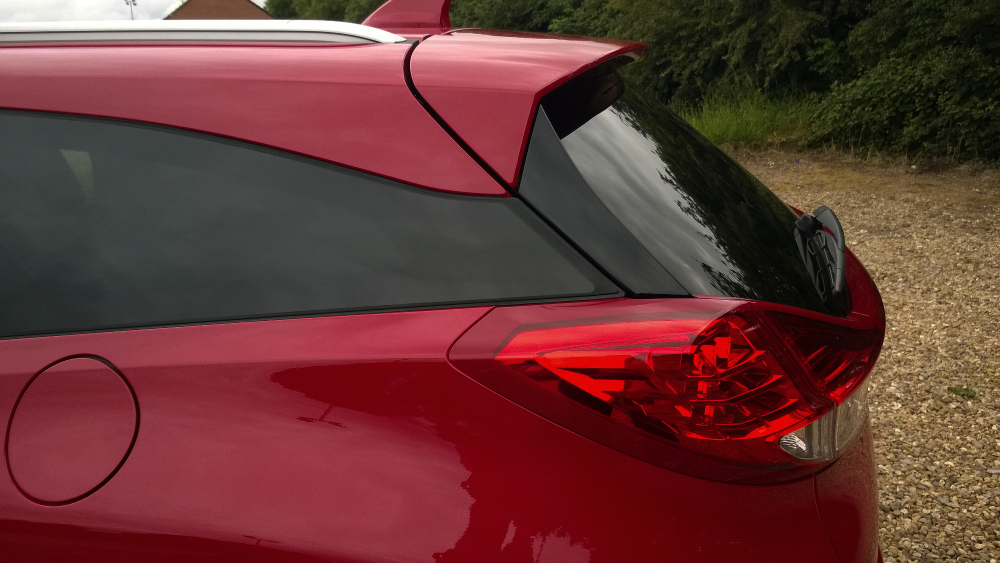 Under the skin the Tourer rides on the same chassis as the hatch but at the rear Honda has equipped the car with an Adaptive Damper System which Dynamic, Normal and Comfort settings. The idea is to give drivers 3 different selectable firmness settings for different driving situations and when travelling with heavy cargo. It’s easy to notice the differences in each mode, in particular the Dynamic setting feels very firm which can cause the car to fidget around over bumpy surfaces.

Most of the time the Civic has a beautifully cushioned ride that does an admirable job of smoothing out any surface in its path. Despite a little initial body roll it handles well too, with a crisp turn-in and good composure on twisty roads. The chassis is nicely balanced, neutral and grippy although ultimately it isn’t as much fun as a Ford Focus.

What Honda has always managed to get spot on is steering feel, which is very natural, weighting up noticeably when cornering. It is however a little lacking in feedback but it’s never difficult to place the Civic accurately on the road. The six speed gearbox is also a gem with a smooth, snappy action and the pedals are easy to modulate. 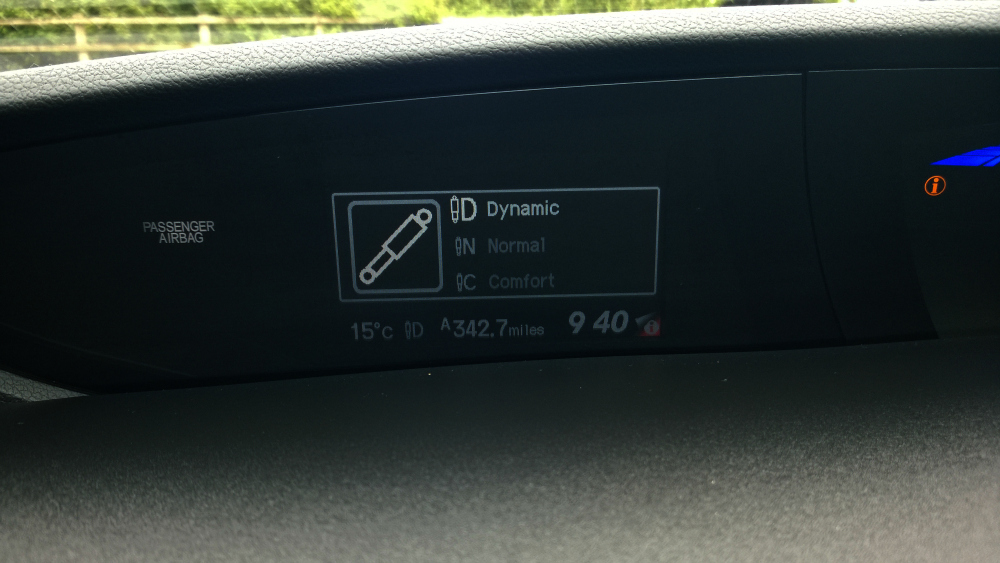 Honda offers just two different engine options for the Civic including a 1.6-litre diesel and a 1.8-litre petrol. My test car came with the petrol which produces 140 bhp enabling it to sprint to 62 mph in 9.5 seconds. It’s a quiet unit that’s easy to get on with, but you need to work it hard to get the best from it, and it can sound strained when you do so. It also doesn’t feel as peppy as it should, so it’s probably worth opting for the gutsier diesel. 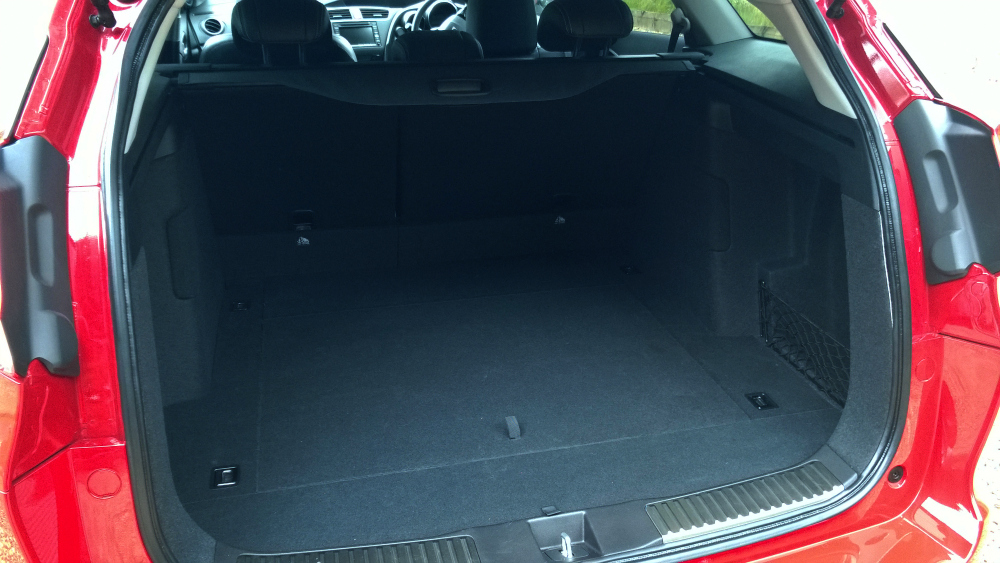 Economy is only average: I managed 36 mpg over a mixture of driving conditions which is nothing to write home about. There is however an ECON button that optimises the air con for greater efficiency and provides the driver with a guide to economical driving in the form of changing colour graphics either side of the speedo. Colours range from deep blue (inefficient) to deep green (greatest efficiency).