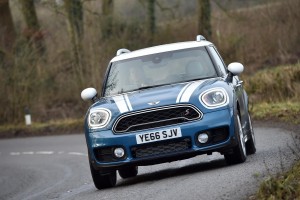 This is the impressive new Mini Countryman which has rugged styling, larger dimensions and more power to make it one of the better vehicles in its segment.

Buyers will find five full-size seats on board and lots more space as well as an improved cabin ambience. Mini also says it is a more versatile creation.

In addition, the Mini S E Countryman All4 is the first ever Mini that comes with plug-in hybrid drive which promises economy of 134 mpg while delivering a 0 to 62 mph time of 6.9 seconds.

New engines and gearboxes for the Mini Countryman

There’s also a range of new generation engines and gearboxes for the Mini Countryman with the All4 model delivering exceptional grip with its efficiency optimised all-wheel drive system.

There’s a longer list of standard equipment fitted to the new car including Bluetooth connectivity, satnav and emergency call which will see the car contacting emergency services when necessary.

Also, for the first time in a Mini, there is a central instrument that features a touchscreen function and there’s an electronic tailgate control that includes touch-free opening. 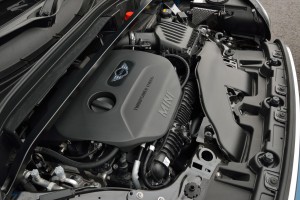 It should come as no surprise to Mini fans that there is an impressive list of options for the Mini Countryman including a picnic bench which is a folding sill cushion which sits on the luggage compartment when necessary for outdoor use.

Mini says their new model is its most versatile and biggest model yet in the firm’s 57-year production history.

Along with larger external dimensions, which boosts the interior space considerably, there’s more equipment as well.

Get this card on personal contract hire

For those who need it, the on- and off-road abilities have been boosted with greater ground clearance and larger wheel arches.

The impressive all-new Mini Countryman is available to order now and is priced from £22,465 with deliveries beginning in February.