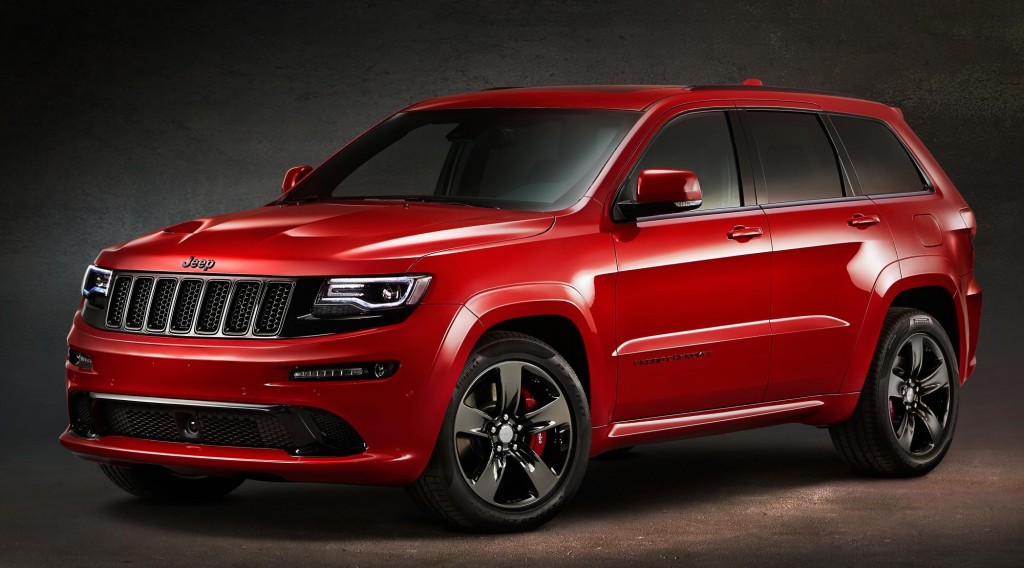 The engine will provide breathtaking performance which will be capable of reaching from 0 to 62 mph in five seconds and it has a top speed of 160mph.

Jeep says that its new limited edition will contest a place in the keenly fought sub-SUV segment and they have high hopes for it.

Indeed, it was first unveiled in October at the Paris motor show to acclaim and now the Jeep Grand Cherokee SRT Red Vapor reaches our shores and is packed with extra kit and improved handling.

Drivers will get to enjoy impressive handling on the vehicle’s 20inch five spoke Goliath wheels.

Even though it’s a limited edition, the Jeep Grand Cherokee SRT Red Vapor is available in Brilliant Black, Bright White and Metallic Red.

The interior features a leather steering wheel and gear change as well as leather and suede seats with red stitching.

Jeep have also fitted their SRT badge on many interior and exterior surfaces.

Get this 4×4 on personal contract hire

The V8 engine is connected to an eight speed auto gearbox with paddle controls on the steering wheel.

To help what could be a gas guzzler, Jeep have featured its ‘fuel saver’ technology to help improve economy and lower emissions.

The new limited edition goes on sale this week and for the price of £64,999 it offers decent levels of performance and lots of equipment when compared with its competitors.