When yours truly found employment with his current employer he was offered the option to drive a company lease car. As the stretch home-to-office covers about 30 miles one way, that was an attractive option.

I drove a VW Polo Bluemotion for a while – I wrote about it before, it’s green, not blue – and then took the keys to a Fiat Punto Evo with an almost equally clean 1.3 JTD Multijet. Not a bad car at all and a lot of value for money! Had good fun with it, until a little less than a year ago I handed back the car and bought my own set of wheels. My driving to work had gotten less, unfortunately at the expense of my travelling to far-away countries (such as the UK) getting more. I swapped the lease car for a frequent flyer card, so to say.

In any case, my driving to the office having reduced to ‘occasionally’, there was no longer a point in seeing each month’s considerable leasing charges fly out of my pocket. I wasn’t running the motor anyway. But I did need to get a car for the few times that I do still drive and so I went to look for something sporty, something wicked and something affordable. I found all of that in a used BMW 328i. It’s from 1998, one of the last ones from the E36 series and it had a very acceptable figure on the odometer. Moreover, it’s 100% original, so without any of those Tupperware add-ons you see regularly.

The car may not have been expensive to buy, it is expensive to run and with fuel prices hitting ceiling after ceiling this winter, I was sliding into a deep depression and even considered fitting an LPG installation. Insurance and taxes are a good dose of ‘fun’ and then there’s the issue of the occasional speeding fine. One does not simply drive a 328i within speed limits, you know. Not all the time in any case.

My Beemer is, however, technically sound. For the most part at least. The air conditioning isn’t functioning and there are some minor things here and there, but none of it has an effect on the car’s driving abilities or safety. Or so I thought. I took it to the mandatory annual check-up this morning and they’ve already said the tyres are completely gone and will need to be replaced.

The bill for a new set of Continental tyres will be about £625. I just hope they don’t find anything else that’s major, or I might have to revert back to leasing. 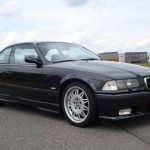 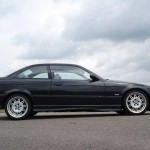 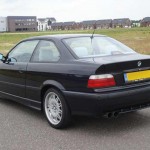