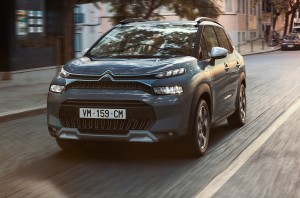 The prices and specification for the new Citroen C3 Aircross car leasing range have now been revealed as the order books open.

The order books have now opened for the new Citroen C3 Aircross car leasing range which has a bold new look and improved technology.

The first versions will arrive in our showrooms in June and the new front-end design delivers a more assertive look.

The interior reveals that the C3 Aircross SUV is more functional than the previous model, and the new central console offers storage space between the seats.

It helps too that the rear bench can slide backwards and forwards for extra practicality.

The boot size is 410 litres, and this expands to 520 litres when the bench is pushed forwards.

With the rear seats folded flat, the boot is a useful 1,289 litres.

Most of these are around the exterior styling combinations with seven body colours and four colour packs.

There are also three roof finishes and various colour schemes for the car’s interior.

Drivers also get to enjoy the new ‘Advanced Comfort Seats’ in the C3 Aircross SUV which boost posture and increase comfort levels for long journeys. 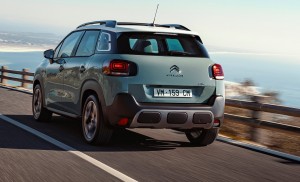 Engines for the new C3 Aircross include two PureTech petrol engines, producing either 110 HP or 130 HP.

These are mated to either a six-speed manual box, or the firm’s EAT6 six-speed automatic transmission.

Citroen is also offering a BlueHDi diesel engine with a six-speed manual box.

The Benefit-in-Kind (BiK) rates range from 28% for the C3 Aircross Shine model with the diesel engine which has emissions of 123g/km.

The highest BiK rate is for the petrol engine producing 130 HP with the automatic transmission with a rate of 32%.

The C3 Aircross SUV has also been fitted with lots of safety features and driver assistance systems.

The models also feature a system that will contact the emergency services automatically should it detect an accident.

There’s a lot to like about the new Citroen C3 Aircross car leasing range, and it’s an interesting alternative in a very competitive segment.