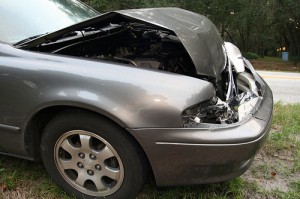 If you have ever had a car crash then when did it happen? I only ask because there is a fair chance that it came in the first 6 months after you passed your driving test.

A new report which has just been released by the AA confirms that an astonishing number of new drivers – almost 25% – suffer an accident in the six months after they pass their test.

By the time we receive the age of 23 almost 40% of us have a prang of some sort and our first ever crash is probably going to happen during the day and during decent weather conditions.

The figures come from a survey of 14,000 drivers and is part of the AA / Populus panel being fronted by Nigel Mansell. The ex F1 driver, who is now a Member of the Commission for Global Road Safety, stated that the serious accidents incurred by young people are “preventable tragedies”.

The AA together with the Make Roads Safer Campaign are asking for new drivers to get the chance to get used to driving in safe environments off the road before they start driving for real. My nephew is about to start taking lessons before he even begins to shave properly and I can’t help but wonder whether 17 is too young to drive anyway.

But what do I know? I had my first accident at 27 and Edmund King of the AA says that a good road safety education should begin at the age of 3. Heck, I didn’t even know what a car was until I was about 12.

Obviously it’s a serious business and young male drivers are seen as being most at risk of a crash early in their driving career.  If you see my nephew out there just give him a wide berth please.