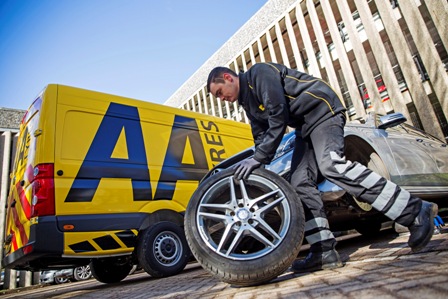 AA Manifesto – The five C’s for the General Election 2015

The AA has launched its Motorists’ Manifesto, calling on all motorists to support the AA #Vote4BetterRoads campaign. All drivers are urged to question their  parliamentary candidates on what they will be doing to help drivers.

The 20,000 member AA Populus Panel has been busy in the run-up to the big vote. Over the last 12 months, the AA has been taking the pulse of the British motorist to find out the issues that matter to them.

1: Potholes and the state of the roads

Road condition affects everyone, whether on four wheels or, more dangerously, on two. Potholes and poorly maintained roads threaten road safety and cost millions of pounds in punctures, damaged rims and even shock absorbers and suspension. The AA syays we need more funding ring-fenced to improve the state of the roads.

The cost of motoring is the second most important concern. A fuel duty freeze may have helped, but the AA wants to see full fuel price transparency with published wholesale and retail prices and the abolition of tolls in England and Wales.

Although we can’t really hold the government to account for this, ministers can influence levels of road policing and the content of the driving test. The AA maintain we need more traffic cops to target dangerous behavior like tailgating and using mobiles, and say better road safety education within the national curriculum from an early age will also help.

Other motoring taxes raise another £6.1bn in vehicle excise duties, and a further £25bn from VAT on fuel and car sales, company car tax and insurance premium tax. Of the £582.6 billion raised in UK taxes last financial year, almost 10% came from motorists.

Edmund King, AA president, said: “Thirty five million drivers, most with a vote, need to influence politicians in this election. We know that transport issues can influence votes locally. Several local councils have been unseated due to unpopular parking polices, so when those canvassers knock on your doors make sure you ask them about motoring matters.

“We will endeavour to do our bit by sounding out all the main political parties on their motoring and transport polices, reminding them that motorists can vote with their wheels. The AA does have influence; prior to the last election we were instrumental in getting two out of the three main political parties to pledge to outlaw rogue wheel clamping on private land. The good news is, after further pressure from the AA, this was subsequently achieved.

“We know that in the past motorists have been influential in elections. It was believed that votes from ‘Mondeo Man’ helped Tony Blair to victory in 1997. The AA is apolitical and we understand that elections are not won or lost on motoring issues alone. Health, education and the economy tend to sway the results. However, transport and motoring are key to economic growth in the UK and shouldn’t be side-lined.”