Jeep has announced the UK prices of its fastest Grand Cherokee offer, the SRT8. ‘SRT’ is short for Street & Racing Technology, Chrysler’s integrated house-tuner, the ‘8’ denotes that the car features an eight-cylinder engine to do all the hard work. And what a monstrous V8 it is! Six-point-four litres of displacement, 468 horses and 624 Nm of torque. Tyre salesmen will love this thing!

Environmentalists will not, however, even though Jeep says the car is 13 percent more fuel efficient than its predecessor, which is achieved by shutting down some of the engine’s cylinders when you don’t put your foot down. With all these fuel burn reduction figures being shouted out in press releases nowadays 13 percent sounds a bit low to me. But on the other hand that probably means Jeep aren’t sucking a few extra percents out of their thumbs and that they haven’t sacrificed performance.

The Jeep Grand Cherokee SRT8 will take your wife, kids, luggage and fifteen German Shepherds from a standstill to the usual 60 mph in just 5 seconds. Dead – the seconds, not the dogs. There are few cars that achieve acceleration figures like that, let alone when they weigh over 4,000 pounds, excluding payload.

I guess the SRT8 will be a good offer when compared to other big chunks of automobile with speed potential, such as a quick Range Rover or something German. It will also outperform the former in terms of straight-line speed (unless you get a tuned specialty RR) and the latter in terms of terrain capability. Moreover, it looks da bomb! Aggressive as hell and a bit a-social. I doubt Brits will buy too many when they can also buy something a bit more conservative and distinguished.

I guess we will see even fewer of them than you guys. 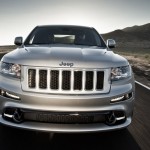 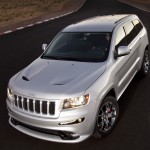 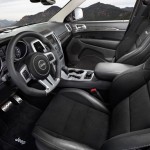 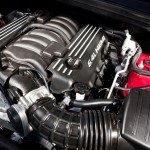