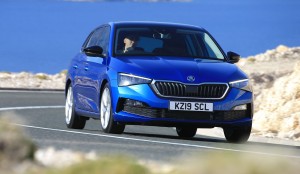 The order books for the impressive new Skoda Scala have opened and there’s a lot to like.

This is the excellent all-new Skoda Scala which is a family hatchback with lots of equipment.

There are three trim levels available for the Scala from launch which will make its appearance in the summer.

Skoda says it’s going to be one of the sector’s ‘most advanced compact hatchbacks’ which will be packed with safety systems and top end infotainment.

There’s a surprising amount of room in the cabin and a large boot of 467 litres which, with the rear seats folded, extends to 1,410 litres.

Choice of three engines for the Skoda Scala

There’s also a choice of three engines for the Skoda Scala, one diesel and two petrol units.

Of the petrol engines, the 1.0 litre TSI unit produces 115 PS while the larger 1.5 litre option produces 150 PS. Skoda says there will be a third petrol choice added later this year, developing 95 PS so will have better levels of fuel economy.

All of the engines have the option of being mated to a seven-speed PSG transmission.

Entry-level model for the Skoda Scala 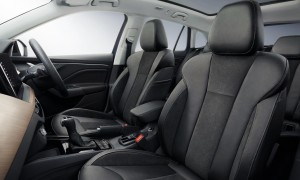 Even the entry-level model for the Skoda Scala comes with alloy wheels, leather steering wheel, LED headlights while other models get a DAB digital radio, air conditioning and electric windows.

The mid-range trim, the SE, also comes with parking sensors, cruise control, an impressive infotainment system featuring an 8-inch touchscreen and – as Skoda likes to add for its cars – an integrated umbrella for those unexpected rainy days.

The range-topper, the S model, features speed limiter, front assist and head and side airbags, along with emergency call so the emergency services will be contacted automatically.

Options for the Skoda Scala include a panoramic glass sunroof, a sport chassis control with various driving mode choices and an electrically operated boot. There’s also the choice of having a virtual cockpit, so there are no analogue instruments to inspect.

Larger alloy wheels are also available, though these may impact on the Scala’s ride and comfort levels.

The new Scala is entering a competitive segment but there’s a lot to like about the car, particularly since it comes with a lot of equipment and is nice to drive around town and is a steady performer on motorways.

With prices starting at £16,595, it’s bound to be a popular choice since there is an impressive inclusive service plan to make the all-new Skoda Scala a great offering.