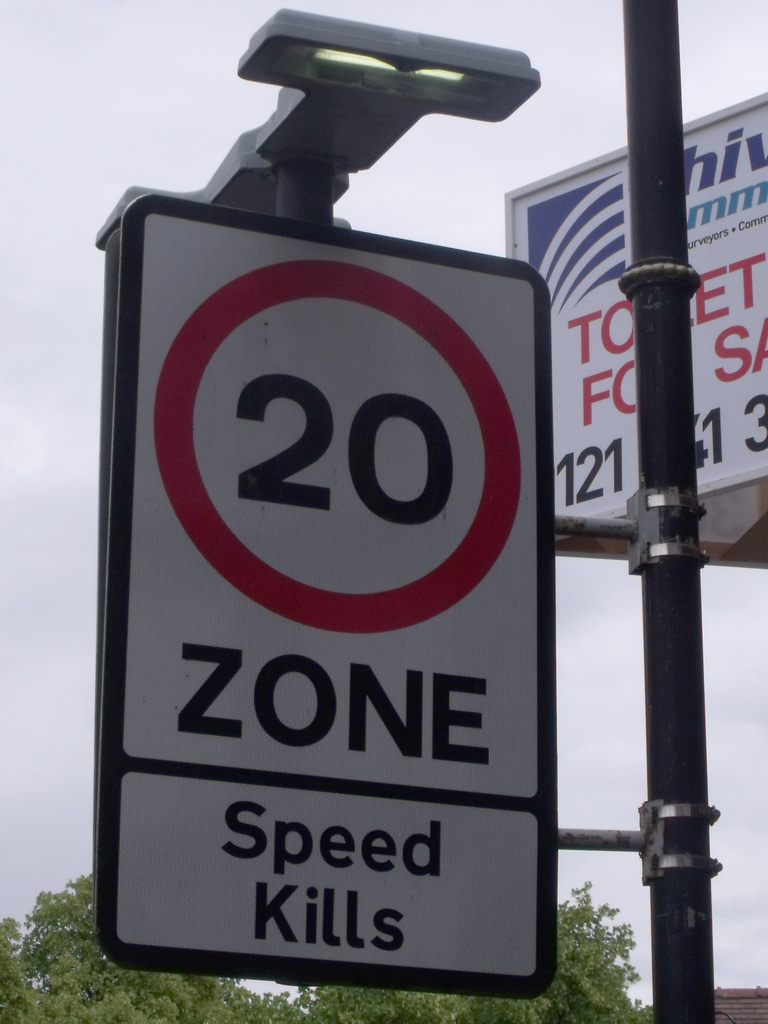 20mph zones to be introduced across 80% of Edinburgh

The City of Edinburgh Council has today passed plans for more than 80% of Edinburgh’s roads, including the whole of the city centre, to have a 20mph (32kph) speed limit.

Details of the costs, sign posting, and enforcement measures that will be required for the change are due in a report in March. Work on the scheme is due to begin later this year with it being completed over three financial years.

The plans were approved 11-3 by members of the council’s transport and environment committee. At present, about 25 miles of Edinburgh’s roads, from Arthur’s Seat to Blackford Hill, are already covered by a 20mph limit.

The scheme is designed to improve safety and encourage more people to walk or cycle.

Responses to the News

Responding to the news, many comments on the website of the local Edinburgh Evening News were negative, one writer calling it “an attack on motorists”  and many who commented were sceptical of the fact these proposals were voted through without being fully costed.

Motoring group The Alliance of British Drivers opposes of 20mp zones, citing the results of a survey (of its members only) which opposed the move. “ABD members have roundly rejected 20mph zones as a tool to improve road safety with over half of respondents experiencing them as a resident as well as drivers. Less than 4% believing that the case made for 20mph zones and limits was credible.”

Environmental group Friends of the Earth Scotland tweeted in support of the proposals, saying:

Welcoming the change, Julie Townsend, deputy chief executive, Brake, said: “This is an enlightened move by Edinburgh Council. They recognise that 20mph limits can enable people to get around their neighbourhoods, towns and city centres more safely, sustainably and healthily. Plus it’s clear this is what the people of Edinburgh want. With an estimated 13 million people across the UK now living in areas implementing or committed to widespread 20mph limits, we think it’s time for governments in Holyrood and Westminster to adopt 20mph as the default national urban limit, to save councils money and help create safe, active, happy communities nationwide.

“As well as calling on national government to change the default urban limit to 20mph, Brake continues to encourage and support local authorities to GO 20 through implementing widespread 20 limits across cities, towns and villages. Drivers can also help protect people on foot and bike right away wherever they are, by slowing down to 20mph around homes, schools and shops, even where the limit is still 30mph.

Writing as a resident of Edinburgh and a driver, I have an open mind and am broadly in favour of the proposals. The changes won’t affect the road I live on, which is a main trunk road just beyond the city centre, but most of the residential streets around me will see a 20mph zone in place. To my mind, this makes sense, as a number of these streets are used as ‘rat-runs’ and traffic speeds regularly exceed the current 30mph limit, even past a nearby primary school. Driving “more slowly” is hardly possible in certain parts of the city centre, with new trams, traffic light sequences and timings, bus lanes and road closures all bringing average speeds down. It’s also a bold statement about the change in priorities a city has for its residents. Edinburgh’s always been a good place to walk and cycle, and it has good public transport. This plan may just improve that.