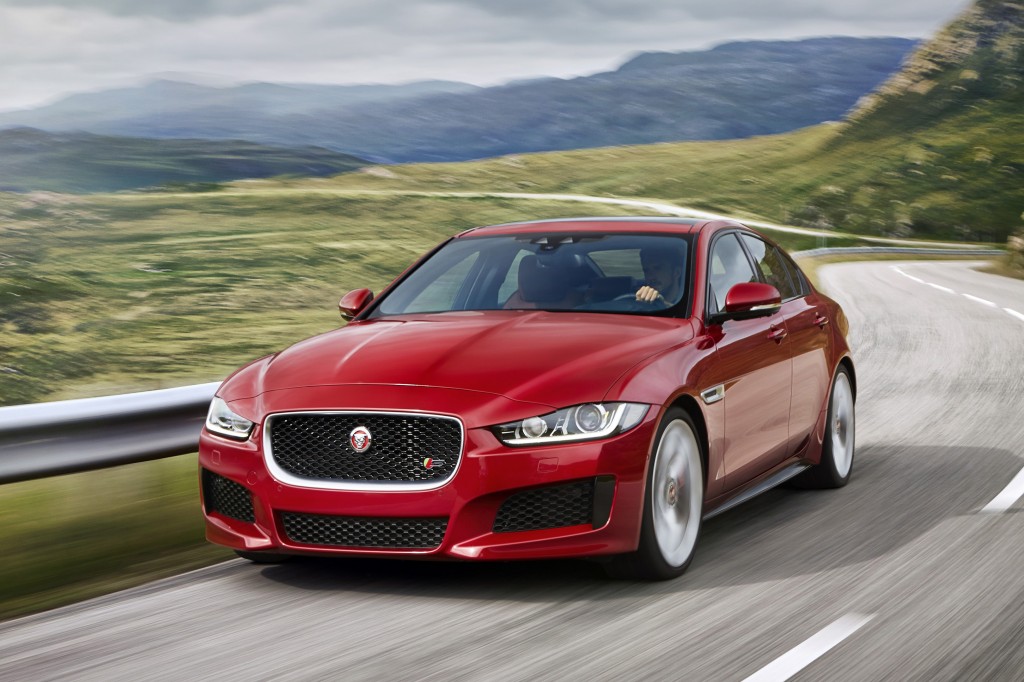 The Jaguar XE is the firm’s most important new car launch for a generation and aimed at taking on the likes of the BMW 3 Series.

It’s a bold bid by the British company to move itself from being a small volume manufacturer to becoming big player when it comes to premium cars.

And the Jaguar XE has the abilities to do it.

Economy and handling for the Jaguar XE

Leaving aside the Jaguar X-Type which was based on the Ford Mondeo and was never the big seller the firm was hoping for, no mistakes are being made this time.

That’s because the Jaguar XE has a new range of 2.0 litre diesel and petrol engines with the most frugal returning more than 75mpg with CO2 emissions of 99g/km.

One of the reasons for such excellent economy is that the XE is largely made from aluminium to help keep the overall weight down but it also means that the car is also an agile performer.

Styling and kit for the Jaguar XE

There’s no doubt that the new car is a Jaguar, it has the similar coupe-like curves seen on other Jaguars and on-board there is an impressive kit list.

While hopes are high for the Jaguar XE to become a bestseller, the firm will enforce its position by releasing convertible and estate versions of this stylish new vehicle next year.

Jaguar has been hyping its new car for months now and the interest has built-up as a result – but this is a car that’s been worth waiting for.

It’s also worth noting that the XE is the first Jaguar in more than five years that comes with a manual gearbox and worries over maintenance costs have also been addressed.

New owners of the car will find that it has been designed to be repaired easily with the body panels bolting on and it has a 21,000 mile, or two-year, servicing schedule.

Jaguar will unveil its XE saloon at the Paris bar to show next month and it is expected to be on sale from early next year with prices starting at around £27,000 – which should make a major dent into the dominance of the BMW 3 Series and also the Audi A4.