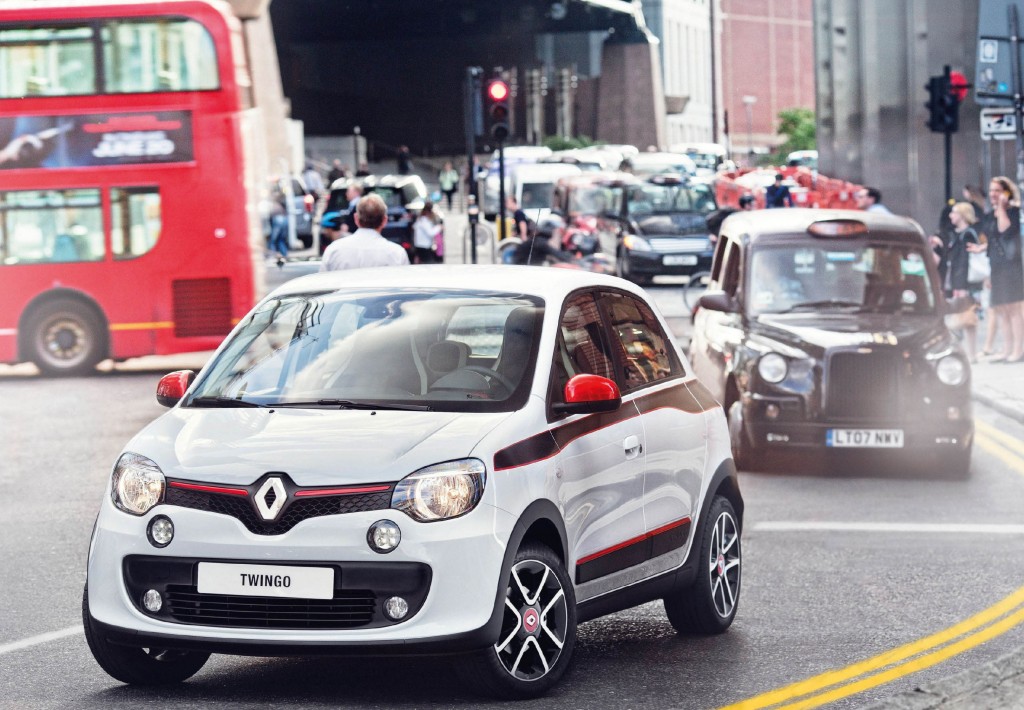 The new Renault Twingo is the third generation of the model and this rear engine, rear wheel car comes with a four year warranty.

The UK history for the Twingo has been sketchy to say the least but this new city car should put to rest.

There are three levels of trim and lots of kit on board to help sales.

Economy and handling for the Renault Twingo

There are two engines to choose from and both are very economical.

The only 1.0litre Dynamique SCe 70 model, for instance, which has stop-start should return around 68mpg while having CO2 emissions of 95g/km.

The new Renault Twingo is also shorter than its predecessors and easier to park, with a class-leading turning circle, and there’s also a greater amount of fun to be had behind the wheel. Visibility has also been improved as has the build quality and comfort levels in the cabin.

Indeed, Renault is keen to stress that the name may sound familiar and it may have the same fun driving qualities, but the links to its predecessors end there.

Series of firsts for the all-new Renault Twingo

This is an all new version of the car with a series of firsts for the range including having five doors.

The Twingo is a well-designed car that is compact, efficient, safe and agile for driving in cities.

There’s also a 7-inch touchscreen fitted to allow voice control of various functions and for the display of a rear parking camera.

One of the advantages of fitting the engine in the rear is that it allows the car to be much shorter than usual which makes parking and handling much easier.

The issue for some buyers is that this means the boot may be smaller and some may worry about the potential effects of a rear impact.

The Renault Twingo manages to tackle these questions by mounting the engine at an angle so it doesn’t intrude into what is already a small boot space. Should a rear impact occur, the engine will simply be shifted underneath the passenger cell.

The boot size itself is 188litres and with the rear seats folded flat this will extend to 219litres and, unlike many of its city car rivals, the Twingo has room for two adults in the rear seats.

The Renault Twingo is an interesting addition to a competitive city car market and with its four year warranty with unlimited mileage in the first two years, this car is sure to gain attention.