There are some questions that it is wise to ask before driving away in a second hand car. How many miles are on the clock, does it have a full service history etc. You might even ask how many people have owned it in the past.

However, have you been neglecting the all important scary reptile issue before now? I bet you have. Charlie Wise certainly found out that this is something to bear in mind when choosing a new car and she won’t be forgetting it in a hurry now.

This lady from Berkshire plumped for a VW Golf worth £200 and was probably pretty pleased with her decision. Realising that it was pretty dirty she thought that she would clean it out. After opening up the boot she saw what she thought was a cuddly toy snake, only for it to then flick out its tongue at her. It turned out that it was a real 3 foot long Boa constrictor. As in the scary kind that makes grown people emit strange shrieking noises and start to tremble uncontrollably.

Snake Expert to the Rescue 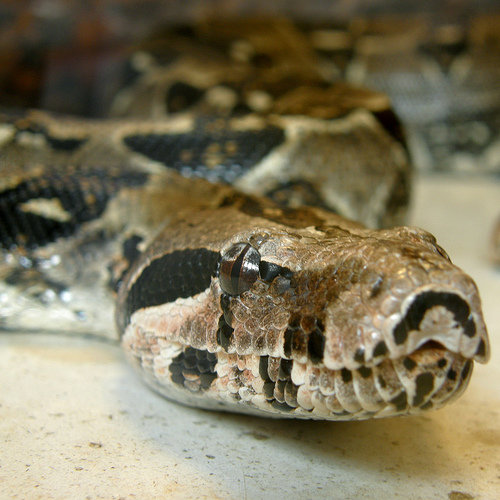 A late night call to the handy Berkshire Reptile Rescue centre resulted in a snake expert getting our buddy with the forked tongue out of the car and into a cage. So how did it get in there in the first place?

Well, the previous owner of the Golf says that his pet snake had gone missing a couple of months earlier and that he had searched everywhere for it. Except in the boot of his car, obviously.  The poor little thing had been curled up in there all the time and by the time the VW got a new owner it was dehydrated and in a bad way.

What is the strangest thing you have ever found in the boot of a car?