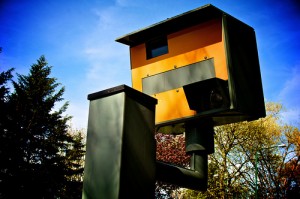 You might not know the name Roger Reynolds, but he played a part in the history of UK driving.

20 years ago he was a traffic division sergeant who was also a keen photographer at the time when the UK was considering introducing speed cameras.

Reynolds ended up overseeing a total of 750 speed cameras in the London area but the very first one he got started with was on the westbound A316 where it crosses the Twickenham Bridge in Surrey. This is a 40mph area but it was set at 60mph. Reynolds now explains that it was set so high to try and “catch the worst”.

This first Gatso camera was located in an accident blackspot and it was soon clear why, as the camera caught over 22,000 drivers going over 65mph in just over 3 weeks.

He went on to say that the modern speed camera legislation is “a fiasco”, citing the fact that he never prosecuted anyone who had been doing less than 40mph in a 30mph zone.

He thinks that the problems with public perception of speed cameras started in the early 2000s, when local authorities began to depend upon the revenue they generated by catching speeding motorists.

From fewer than 600,000 speeding prosecutions in 2000 the total shot up to 1.8 million by the time a year by the time 2007 had come and gone. This brought in an astonishing £100 million in revenue. This sharp increase in prosecutions is easy to understand when we see that the number of cameras increased in the same period from 1,600 to well over 4,500, according to the AA.

Reynolds went on to say that when the number of speeders being caught be a certain camera falls the local authorities simply reduce the trigger limit to ensure that it keeps on generating revenue.

There seems no doubt that the presence of speed camera helps reduce accident numbers, but it is also clear that a lot of people are very suspicious about the tactics used by local authorities in the positioning and use of them.