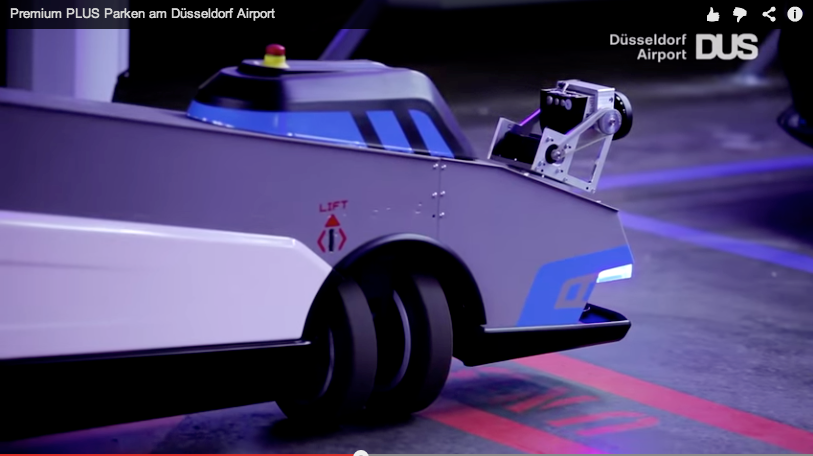 Ray will park your car at Dusseldorf airport

With a bit of luck robots will do pretty much everything for us in the future but would you trust one to park your car?

Every since I used to sit as a kid enthralled by Tomorrow’s World I have been waiting patiently for a robot butler to arrive in my life. Of course, with flying cars, moving pavements and teletransporters all going to be valid options in the future, I probably won’t be spending much time in the house anyway.

This means my mechanical buddy will have all day in there to clean my laser gun, wipe down the hologram TV and tidy up my collection of postcards from Mars. Ah, but what about the blooming car parking? You can’t expect a modern dude like me to park his own car, can you?

The recent innovations in self driving cars means that before long I don’t expect to be doing a lot to driving anyway. Time in the car will be about reading a book, surfing the internet or just looking idly out of the window.

However, let’s just imagine for a second that self driving cars don’t take over the world in the near future. In that case, you might like to meet Robot Ray.

Who on Earth is Robot Ray? Well, he’s a robot, as you might already have guessed. Sadly, he looks very little like Metal Mickey and nothing at all like anyone I’ve ever met called Ray. Robot Ray currently works at Dusseldorf Airport and provides an efficient parking system. He is said to be able to park 60% more cars in any space than a mere human could.

The system works kind of like a forklift truck but without a human operator. The driver just leaves their car and Ray picks up it and puts it in the most appropriate space. It then brings the car back when the driver wants it.

It sounds like a lot of fun but I think my dreams won’t come completely true until a human looking robot valet comes out, gives me a cheery “morning guvnor” and hops in behind the wheel.