So you think you’re a good driver? What about testing yourself against a self driving car then?

With testing on autonomous vehicles being carried out by Volvo and Google among others, it is a good moment to consider how their driving would compare to yours.

One of the benefits of self driving cars is that they don’t get tired or distracted in the way humans do. No matter how hard we try, there is no way we can drive all day without losing concentration. However, decision making is a different matter altogether.

Since starting to drive in South America I have realised that decision making is the most important part of driving. You probably do it without even thinking about it but the drivers here are terrible at it. For instance, they see a tiny space in front of them or someone going slow in front of them and they just cut across to the wrong lane to overtake without even thinking about what lies ahead. As long as there is space for them to scrape past they don’t even seem to think about anything else in front of them. 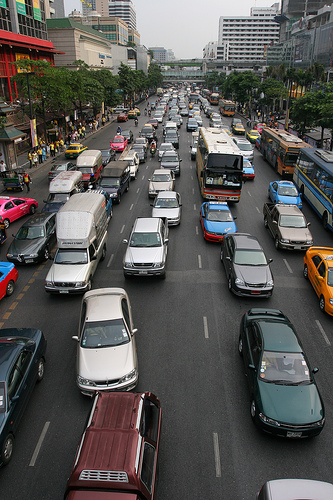 Having learned to drive in the UK I find this horribly disconcerting. I like to plan ahead and seeing a nice orderly stream of traffic in front of me lets me work out which lane to go into, which hazards to avoid and so on. Instead of that, I usually see a mess of traffic as drivers try to cram their vehicles into any space they can without wondering what they will do after that.

Ok, so it is important to make good decisions but do cars have the edge over us before they are colder and more calculating? I like to think that I’m as cold-hearted as the next chap but could I choose who to crash into as well as an autonomous car?

Noah Goodall is a research scientist at the Virginia Center for Transportation Innovation and Research. He has been thinking about this problem and has come up with conundrums such as what a self driving car would do if it was faced with the choice of crashing into a motorcyclist with a helmet on and one without a helmet.  The answer would seem to be that it chooses the “victim” most likely to survive the impact. I’m not convinced that I could calculate things like that as quickly as a machine.

Would you prefer for your car to make the tough decisions on your behalf?