Some traffic safety ideas probably just seem brilliant the first time you hear about them, while others sound a bit daft.

Which of these two categories does a glow in the dark road fall into?

Personally, it sounds pretty good to me but maybe not everyone likes the idea.

The first section of road which is due to get this treatment is in the Netherlands – about 100 km south of Amsterdam – and to start with 500 metres of its road markings are going to be glowing away merrily. The idea is that the paint charges up during the day and then gives off 8 hours of green glowing goodness at night.

Daan Roosegaarde is the man behind this idea and he said that it will help us build a more self sustainable and “more interactive” world. If it works well then it means that energy and money can be saved by shutting down the street lighting. I suppose the street lights would be used as a back up for days when there wasn’t enough sun to charge the paint fully. 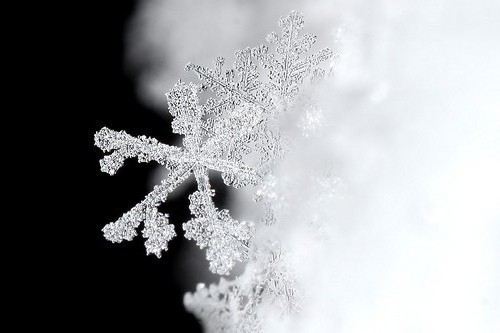 If you thought the world had gone mad when you heard about glow in the dark road markings then wait till you find out about Roosegaarde’s other great idea. He wants to use temperature sensitive paint on the roads as well.

What’s the big deal about that? Well, it means that he could paint a giant snowflake on the road. As the temperature plunges below freezing this image would become visible and therefore warn drivers about the possibilities of coming across ice or snow on their travels. It would be a nice touch if he also painted a massive ice cream cone to appear when it gets really hot, although I appreciate that this has limited road safety benefits.

Both of these ideas sound great to me but what do you think? Would you be happy driving on a glow in the dark road with no street lights and then seeing a giant snowflake appear in front of you?