Car insurance adverts aren’t known for being the most exciting things in the world but a recent Turkish effort has turned into a YouTube sensation.

It features a famous video games character in a fairly one-sided battle with a car. This got me thinking about which are the worst characters you could meet on the road.

This is the guy who features in that Turkish ad I mentioned at the beginning. You can watch it down below this article if you want to. He is the white-robed tough guy from Street Fighter and he gives a car an utter thrashing in the ad. I certainly wouldn’t want to come across him while I’m out for a pleasant drive. Having said that, there are quite a few other Street Fighter bruisers I would gladly stay well away from as well. 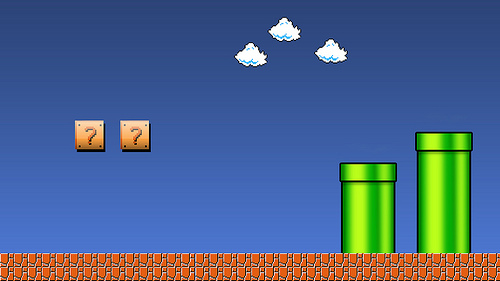 I don’t expect that this moustachioed water maintenance technician would give my car a severe beating. I would just prefer to avoid him because he is so annoying. Also, he would probably try and jump onto the roof of my car in order to grab a star or escape from his numerous enemies. Possibly the most dangerous way you could come across him would be if he was in that flipping kart of his. I can just imagine the plump plumber cutting me up at the traffic lights and leaving me there silently fuming as he bounced and flickered into distance. The rascal that he is.

Do you remember this old Spectrum classic? The biggest problem with meeting him in your car would be with the colour clash, I think. As soon as he got within a couple of metres of your vehicle he would turn it white. This would be, frankly, annoying. Unless you had a white car to start with, of course. His ceaseless quest to gather empty glasses and stuff from the titanic party he had last night (good lord, I still remember the plot) means he may inadvertently jump in front of your car.

To sum up, it seems that the safest thing of all is to stay away from all video games characters while driving. Thankfully, this isn’t really too difficult to do.

Are there any games characters you would like to meet while out driving?