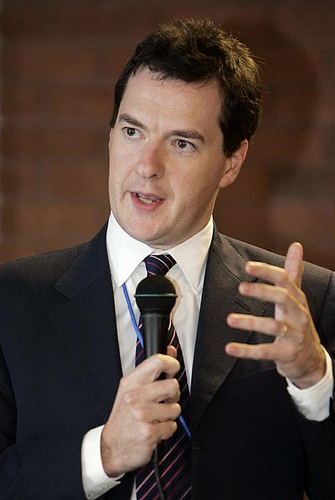 Two influential motoring organisations have called on the Chancellor to help motorists when he announces the 2014 Budget tomorrow, 19th March.

The British Vehicle Rental and Leasing Association want the government to provide more incentives to business to run ultra-low emission vehicles while the Freight Transport Association is calling on George Osborne to cut fuel duty.

Encouraging business use of low emission cars could help companies who use car leasing and contract hire agreements to run a more environmentally friendly fleet of vehicles. Keep reading to find out more.

In its annual Budget Submission to the Chancellor, the British Vehicle Rental and Leasing Association (BVRLA) has urged the Treasury to encourage companies to use ultra-low emission cars by extending the nil rate tax band for zero emitting cars until 2016/17.

The government currently intends to increase company car benefit-in-kind tax on electric vehicles to 5 per cent in 2015/16. The leading car lease and rental group believes that reversing the decision would give a huge incentive to businesses when choosing which vehicles to run.

BVRLA Chief Executive Gerry Keaney said: “The Budget is the perfect opportunity for the government to prove it is committed to driving the take-up of ultra-low emission vehicles. The suggestions we’ve made will increase business take-up of efficient cars and vans, and enable the government to meet its goal of moving the car fleet in this country to ultra-low emission vehicles by 2040.”

As well as incentives for businesses to run electric vehicles, the Freight Transport Association (FTA) has urged the Chancellor to go cut fuel duty by 3 pence per litre.

The FTA has asked George Osborne to maintain its commitment to freeze the duty and consider the economic benefits that could be delivered by further development of the Government’s approach to this tax.  The Association stated that “by reducing road fuel duty it would ease cost pressure on domestic freight activity and stimulate economic growth.”

The Chancellor previously announced in his Autumn Statement that the fuel duty increase that was due to take effect on 1 September 2014, expected to be worth 1.61 pence per litre was to be cancelled.

James Hookham, FTA Managing Director of Policy and Communications said: “The issue of high fuel prices has not gone away, and there are still constraints on growth and economic expansion.

“The Chancellor would give a real boost to balancing the economy by reducing fuel duty by 3p per litre.  FTA’s research shows he would get his money back through higher tax receipts as trade improved and jobs increased.”

In addition to the call for a 3p cut in fuel duty, the FTA has insisted that the Chancellor must re-instate the duty differential for used cooking oil as a bio-fuel in commercial vehicles.

Mr Hookham added: “With the renewed focus on changes in the climate and the need to reduced greenhouse gas emissions, FTA calls on the Chancellor to recognise the small but measurable contribution that the recycling of used cooking oil can make by converting it into bio-diesel.  Reinstating a lower duty rate will make this process financially, as well as environmentally sustainable.”

One thought on “Will the Chancellor help motorists in his budget?”