Perhaps you caught this in automotive news recently: General Motors and PSA, the company that supplies the world with Peugeots and Citroens, have announced a serious collaboration.

You’re not paying close attention if you haven’t noticed yet: carmakers globally, except perhaps in China, have been going through hard times. In the US the market is slowly picking up again, but Europe currently is the world’s weakest car market. Demand seems to have found a new balance at lower volumes, while the industry sees their reduced sales combined with large overcapacity in their plants. Consequently the word is that there are more manufacturers than the market has room for.

The automotive industry is already a hugely consolidated industry; brands which you may think to have an own identity are in fact part of a large portfolio of brands run by a big mummy-company. Just think of Volkswagen (VW, Audi, Skoda, Seat, Lamborghini, Bugatti, Porsche, Bentley and, outside of passenger cars, also Scania and Ducati), General Motors (Buick, Cadillac, Chevrolet, Corvette, GMC, Holden and Opel/Vauxhall) and Renault-Nissan (Renault, Nissan, Infiniti, Renault Samsung, Dacia and Lada) and you’ve got some of the most extreme examples of this. Now it seems further consolidation is the only way to go for some of the financially challenged European producers and that’s precisely why PSA and GM in Europe have decided to join forces.

Mind you, they’re not joining up into one company, but they have agreed to collaborate in key areas, meaning they’ll share platforms and engineering, and now, as yesterday’s news revealed, also production. The new Citroen C5, which is still a long time ahead of release – 2016 is mentioned – is apparently going to be built in an Opel factory. At the basis of that decision is the agreement that the PSA and GM mid-range models, the C5, 508 and Insignia, are all going to share the same GM platform in the future.

At the same time the two groups’ smaller cars, like the Corsa, C3 and 208 are going to make use of PSA technology. Cars will more and more be like sneakers. Different styling, but underneath it’s all the same. I find that a pity, as brands lose character and become boring uniformity.

Particularly, although it already wasn’t very prevalent in Citroen’s most recent models anymore, that lovely rolling French suspension will definitely be out the window. 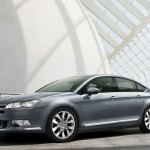 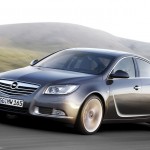 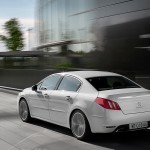