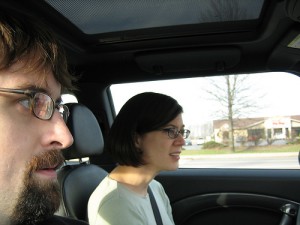 Recent years have seen rising fuel prices, spiralling insurance costs and increasing road tax. In many ways, there has never been a more expensive time to run a car. Despite the cost of car ownership falling – cheap car leasing and contract hire deals are attracting buyers in record numbers – a new survey has found that the cost of driving is many motorists’ biggest worry.

And, the research also revealed the region in which most drivers are concerned about the cost of motoring. Keep reading to find out more.

New research has found that drivers in the North West are more worried about the cost of driving than in any other region around the country.

More than half of the regions’ motorists (52.8 per cent) think the cost of running their car is their biggest motoring concern for 2014. Despite falling car leasing and contract hire costs in the UK, over half of drivers in the North West were more worried about the cost of driving than other motoring issues including road safety, vehicle crime and the cost of parking.

Donna Kelly, Marketing & Website Editor at the car leasing firm who commissioned the research said: “In the current economic climate, it is no surprise that the cost of motoring figures so highly in motorists’ lists of concerns.

“Fuel prices, taxation and the depreciation costs of owning a car take their toll on motorists’ pockets. This is why we think car leasing is becoming more and more of a viable option for motorists, as it takes many of the risks associated with owning a vehicle away from the motorist themselves.

”What is surprising is that these worries far outstrip the other concerns for motorists, such as other motorists’ poor driving, road conditions and crime.”

Survey finds differences in concerns between male and female drivers

The survey also revealed differences between male and female drivers, too. Nearly a quarter of the UK’s female motorists were worried about other people’s driving (24 per cent) compared to only 15.6 per cent of male drivers.

Overall, however, these other concerns about driving were small concerned to motorists’ worries about money. The survey found that roughly as many drivers were worried about the cost of motoring than other motorists’ poor driving, road conditions, vehicle crime and the cost of parking all put together.