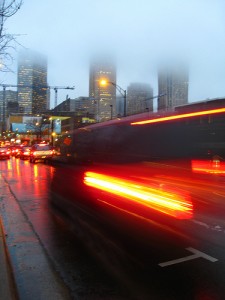 How do you get to work every day? If it is in a car or a van, you’re not alone. New research has found that almost two in three people in England and Wales are reliant on a car or van for their daily commute with dependence even higher in urban areas.

For many people, the car they lease or hire is vital to taking them to and from their workplace on a daily basis. We look at the new research from the RAC Foundation and highlight those areas of the UK that are most reliant on cars and vans on a day to day basis.

New research from the RAC Foundation has found that a record number of people are now reliant on a car or van to go to work. 16.7 million workers in England and Wales get to their place of work either by driving themselves or catching a lift. This is 62.7 per cent of those in employment or just under two in three workers.

The research found that reliance is greatest in Wales where almost three quarters of employed people (74.2 per cent) aged 16-74 use a car or van to get to work. After Wales comes the East Midlands (71.7 per cent) and then the West Midlands (71.1 per cent).

Even in London almost a third (29.8 per cent) of working residents commute by car or van. This is higher than the percentage who use the underground (22.6 per cent), buses (14 per cent) and trains (13.3 per cent).

The new RAC Foundation report entitled The Car and the Commute found that for millions of workers, having access to a vehicle is vital to their commute. With car leasing and contract hire prices highly affordable, the majority of workers now use a car or van to get to work ahead of waling, cycling or public transport.

The research takes journey to work data from the 2011 Census and compares it to land use information to give a detailed picture of car dependency across England and Wales. It also uses National Travel Survey data.

Average length of a commute is around 10 miles

The RAC research also found that the average length of a commuter trip by car/van varies little across English regions and Wales at about ten miles. It is highest in the South East (11.2 miles) and lowest in London (8.6 miles).

While almost three-quarters (73.4 per cent) of rural workers in England and Wales now journey to work by car or van, these methods of travel also dominate the commute in urban areas (outside of London) with 67.1 per cent of people either driving themselves or catching a lift.

Professor Stephen Glaister, director of the RAC Foundation, said: “When it comes to commuting there’s life inside the M25 and life outside it. In the capital public transport is a real alternative to the car as a method of getting to work. But take London out of the equation and the level of car dependency in England and Wales is huge, not just in rural areas but also urban ones.

“The coalition government has rightly prioritised efforts to get the nation working, but Westminster politicians must remember how the nation actually travels to work. People are still driving despite a decade in which the cost of running a car has outstripped wage inflation. The reason for this is that most people have no practical choice.

“800,000 of the poorest car-owning households already spend more than a quarter of their disposable income on buying and running a vehicle. The danger is that people will be put off from taking up employment because they just can’t afford the commute.”