You might think that the current speed limit or parking restrictions in the UK are pretty harsh. Just be thankful you don’t live somewhere with really weird traffic laws in force then. 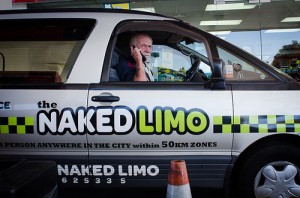 Apparently, you need to wear a shirt to drive a car in Thailand. Can anyone who has spent time there confirm whether people stick to this law or whether it is blatantly flouted by illegally bare-chested Thai drivers? Across in Alabama they aren’t so silly. No sir. They have sensible motoring laws like the ones which say that you can’t drive while barefoot or blindfolded. Pretty obvious when you think about it but no harm in making a traffic just in case anyone decides to give it a try.

Of course, the US is the home of the weird traffic law. Have you ever heard about the one about using guns while you are driving in California? It seems that it is illegal to shoot wild game from a moving car but shooting whales is ok. Meanwhile, across in Wichita, you need to get out of your car when you are passing a certain junction and fire off three shots into the air. I have no idea what the penalty is if you forget your gun at home or if you used up all your bullets shooting whales on your last trip to California.

As great as it would be to live in a country where shooting large sea creatures from a moving car is seen as acceptable behaviour, there are other aspects of US motoring laws I just find weird. For example, in Glendale, Arizona it is against the law to drive in reverse. Then it’s back to California again for the next couple. The speed limit there for a car with no driver is 96 mph (might this be a modern, sensible law to cover things like Google driverless cars? I hope not). You also need a man with a lantern to walk in front of you in Redlands, California. Let’s just hope he doesn’t scare the whales away.