The VW Golf is the UK’s best diesel car, according to a motoring magazine. 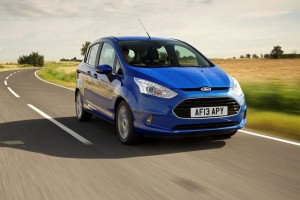 Ford’s new and improved Fiesta may have wowed the judges to find the best diesel car of the year but it was the pint-sized and practical Ford B-Max which picked up the best MPV title.

The awards are organised by Diesel Car magazine and seen as a good indicator on what the best diesels available are.

It can’t have been easy since there have been so many great diesel cars launched in the past year and there can’t be many complaints that the Ford B-Max picked up the coveted MPV title.

They began with a shortlist of 26 cars to find the VW Golf winner.

Kia’s new cee’d Sportswagon has made a great impression in the estate car segment, taking the class honours and named as best estate car, while in the alternative fuel segment, it was Renault’s Zoe that impressed the judges most, thanks to its low purchase price and everyday usability.

Many of the class winners have received awards before, with the Peugeot RCZ winning best sports car for the fourth year in a row, and Jaguar’s XF grabbing the best executive car title for the fifth time.

Range Rover’s Evoque was the mag’s car of the year in 2012, and this year wins the best crossover title.

Land Rover have a lot to celebrate in this year’s awards, with the Discovery 4 also winning the honour of best 4×4 for the fourth year in a row. And it’s the second time that the BMW 3 Series has been honoured by Diesel Car, and this year grabs the title of best large car.

But the car to make the biggest impression on the testers is the VW Golf, which not only grabs the award for best medium car, but the VW Golf also wins the title of Diesel Car, Car of the Year 2013.

The VW Golf is a great car and the new diesel is particularly impressive but there are new versions due out which bring even better performance. There is a premium to buying a VW Golf so potential buyers should look at owning one via a leasing package.