BMW’s droptop is being revamped in time for the Detroit Motor Show and with it comes a new entry level model. 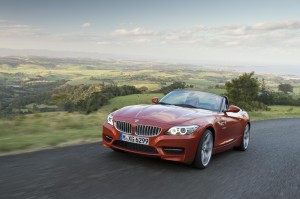 There’s not much to report in the way of visual changes but there is an impressive new sDrive18i model which joins a range which will also feature a better equipment spec.

The sDrive18i can reach 0-62mph in 7.9secs and hit a top speed of 137mph. It has a six-speed manual gearbox and an optional auto version. The power comes from a turbocharged 2.0litre engine.

BMW say the vehicle will return 41.5mpg – though I’d be surprised if drivers could do this in day-to-day traffic.

The Z4 also has some tweaks to the exterior design and a choice of alloy wheels.