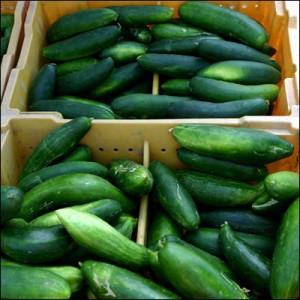 If you are a lady driver and you are already fed up with the EU for their bizarre rules on the shape of cucumbers and the blowing up of balloons then you are about to have another reason for getting upset.

From the 21st of December new laws from the EU mean that it is no longer going to be possible for car insurance companies to take the gender of their drivers into account. While women traditionally pay less than men I think you can guess that the change isn’t going to result in the chaps now paying less for their insurance.

A spokesperson for the AA said that the typical insurance policy on a first car for a young driver works out as £2,125 for her and £3,002 for him. This is because the ladies – whisper it – have fewer accidents than their male counterparts.

In fact, it has been reported that men are twice as likely to have a prang, a bash or a collision than women are. Of course, this meant that insurance companies in the UK had always taken the logical step of charging less to female drivers. Having said that, the people who run insurance companies probably don’t see the dangers in selling unusually shaped cucumbers.

The charming new EU legislation means that many young ladies will end up cheerfully forking out 25% more on their insurance premiums. It is said that older female drivers won’t see the amount they need to pay increase all that much. Which is just as well, as another price increase on anything else and my old Mum might just explode.

Research by those same dudes at the AA has revealed that 40% of car owners answered that they have “no idea” when this change is going to happen, with 23% thinking that it won’t be until next year.

21st of December. This year. Now you know.