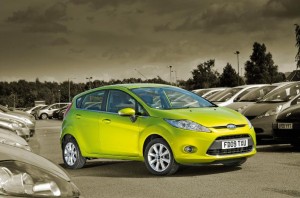 It’s a good decision for the great little car which is nicely styled and is packed with some great features. To pick up the title, judges also looked at the Fiesta‘s running costs, reliability, driveability, quality, longevity, safety features and desirability.

What Car? editor-in-chief Chas Hallett said: “The Fiesta is a fantastic used car. It’s stylish, refined, safe and great to drive. It’s also reliable and cheap to run, and you can buy a three-year-old example for a little over £6000, so it’s a lot of talented car for the cash.”

Audi also won two trophies, with the A6 awarded best used executive and luxury car, and the TT named used fun car of the year.

The Toyota Aygo was named best used city car. The judges said that the Aygo’s blend of funky styling and rock-bottom running costs were exactly the attributes city car buyers are looking for.

The Fiesta is a great car to own – which means it must be an even greater car to lease!