It sounds strange but true – Ford has developed carbon fibre technology which should save drivers fuel. 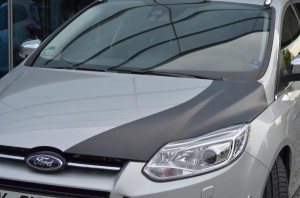 The prototype bonnet is 50 per cent lighter than a standard steel part and is the first step in car makers using more lightweight materials in their production.

A Ford spokeswoman says: “Reducing a vehicle’s weight can deliver major benefits for fuel consumption, but a process for fast and affordable production of carbon fibre automotive parts in large numbers has never been available.”

Until now that is.

Carbon fibre offers a very high strength-to-weight ratio. It is up to five times as strong as steel, twice as stiff, and one-third the weight. Advanced materials such as carbon fibre are key to Ford’s plans to reduce the weight of its cars by up to 340kg by the end of the decade.

Ford already sells cars with frugal engines and this development means that the cost of motoring will fall further in the coming years.