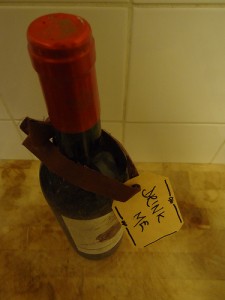 I was genuinely surprised to see the latest survey about drink driving habits. I have seen adverts on the TV warning about the dangers of doing this since I was knee high to a haggis. Yet it seems as though 10% of us still haven’t learned the lesson.

That’s right; 1 in 10 UK motorists have driven while they have been over the limit for driving. This figure comes from a government study which was put together for England and Wales and which involved 46,000 people responding to the questions. Even scarier is the fact that 1% of us drives once a week while over the limit and 8% do it at least once during the course of a year.

Just as this piece of research came out we also found out that deaths on the road rose last year for the first time since back in 2003. If we count the combined figure for killed and seriously injured then it was the first climb since the days of 1994. How many of those accidents involved drunk drivers, I wonder.

Another surprising piece of information to come out of the survey is that 1 in 5 drivers takes to the road after taking some form of illegal substance (drugs to you and me).

No Risk of Being Caught?

Edmund King of the AA said that as well as the publicity warning against drink driving there has to be a “real perceived risk of being caught”.

The festive season is, of course, the worse time of year for drink driving.  I remember going to a work night out in Edinburgh and getting a lot of abuse from my colleagues because I spent all night drinking orange juice before driving home. It was actually one of my best nights out ever, as I was completely sober and could follow everything that went on as everyone else fell about drunk.

When your nights out come along either do what I did and stick to the orange juice or else leave the car at home and get a taxi back.