While most people who use online auction site eBay to buy a car will be looking for a family run-around or a first vehicle for when they pass their test, there are those who prowl the listings for rare, expensive models that later sell for millions.

Here is a look at the top 10 instances in which vast amounts of money has been spent in order to obtain some stunning cars from eBay. 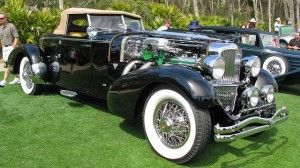 Selling for $2.6 million (£1.65 million) this vintage vehicle was only the recipient of a single big, which was clearly enough to convince its previous owner that a sale was worthwhile and simultaneously put off other bidders.

16 bidders battled for this high tech supercar from Ferrari, eventually settling on a final sum of $1.15 million (£729,000) which is far higher than its original retail price.

You may notice a pattern begin to emerge as it is clear that not only do Ferrari models find multiple places in this list, but the Enzo specifically comes up several times. In this instance back in April 2009 another 16 bidders attempted to buy this sought-after vehicle, which made $990,000 (£628,000). 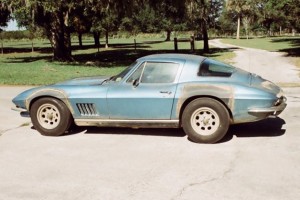 The modern Corvette is famed for its brash styling, impressive performance and relative affordability. But when this classic example sold for $850,000 (£539,000) in 2005 it was clear that some models appreciate steeply with age.

Since just over 400 of the Enzo were produced during its limited run, the rarity and desirability clearly pushes up the auction prices as well as the frequency with which they occur. This example took $820,500 (£520,500) at auction in 2005, which compared with more recent auctions shows that this model is becoming a costlier buy.

This imposing, stately vehicle is part of a range that used to cart around world leaders and dictators many decades ago. In February 2007 this model sold for $750,000 (£475,000) after 19 bidders got involved. 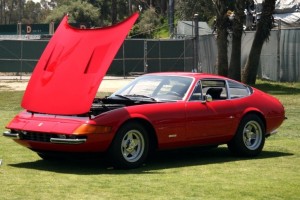 The list is appropriately capped by yet another Ferrari, this time from a much earlier period than the near ubiquitous Enzo. At $700,000 (£443,000) it is not exactly a bargain, with 39 wealth collectors trying to get their hands on it via eBay.

Thank you to Louis Rix, automotive enthusiast and marketing director at www.netcars.com for contributing this wonderfully entertaining article.