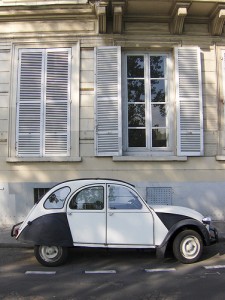 As the UK settles in for another autumn you might be tempted to take a trip to somewhere a bit further south in Europe – say France – to enjoy a bit of warmer weather and some lovely food.

Driving across to France is one of the great pleasures in life and if you are thinking of going there then you can be sure of a fun and interesting trip. However (you knew there was a “however” coming, didn’t you?), you need to look out for “bandits” while you are there…

Good lord, bandits in French territories? That’s right; UK motorists have been warned that there are groups of criminals who target British drivers who are in France.

They Point at the Wheels

It seems that the tactic they use is to flash their lights at the cars they come across with UK plates on them. They then point at the wheels on the tourist’s car or something similar to make them pull over and stop.

Once the tourist is stopped at the side of the road one member of the gang will distract them while another steals things from their vehicle. It seems that the south of France and around Lyon are among the areas where this kind of thing is most common. Although the French police have been cracking down on this type of criminal activity you are advised to be alert.

Edmund King of the AA said that you shouldn’t stop if you feel uncomfortable about the situation. In some cases the car urging you to pull over may have British plates on it.

Meanwhile, the Foreign Office reported that British citizens looked for consular advice in the last year following robberies and kidnappings in places such as Antwerp, Ghent and Dunkirk. The early hours of the morning are particularly dangerous for tourists, as the gangs often carry weapons and target foreign drivers at 24-hour petrol stations and stores during the night.