The only proof of booming Indian and Chinese automotive industries in the UK is the fact that Tata owns JLR. Other than that, there’s the occasional Chinese cookie jar on wheels trying to set foot on British soil, generally being washed away even before it even has land in sight.

But the Indian and Chinese automotive industries are booming nonetheless. Where then do they sell their stuff? In India and China of course, but also in a fair bunch of up-and-coming (more or less) export markets. Think of South America, Russia, the Middle East and Africa. In fact, some Chinese brands have recently been trying Australia, but that doesn’t prove a particularly successful undertaking, mainly due to completely flawed business ethics of the companies in question.

Anyway, back to those other markets I mentioned. What’s so attractive about them is that they’re (fast) growing. And, if I place myself in the corporate mind of a carmaker, that consumer requirements aren’t ridiculously high yet. In other words, you can sell a huge load of cheap junk there.  The prices can’t be too high, but there aren’t any R&D expenses either. Or any costs made to assure a certain quality level, e.g. no asbestos in the parts. Ergo, huge volumes and huge profits lurk below the surface and all manufacturers with the appropriate products need to do is make sure they settle in.

Nissan, the bigger part of the Renault-Nissan alliance, which furthermore also includes Samsung Motors, Dacia and AvtoVAZ – the Russian company known for its ever-shining brand Lada – knows this. They are trying to get a foot in the African market now, but not as Nissan. Perhaps because they don’t want to water down the brand name they’ve so carefully built?

Nope, instead they will resort to some good ol’ badge “engineering”. They’ve already introduced the Datsun brand – a cheap reincarnation of what the company used to be – in other emerging markets and now also many African consumers will know the delights of what it is to drive a Datsun.

Remember what I said about R&D expenses? For budget cars the credo is: scrap them all together! Thankfully the Japanese found a little something suitable in their joint portfolio: Ladas! African consumers can rejoice. They can soon drive cheap Russian junk with a (yet) undamaged batch: the Datsun. 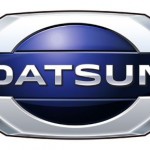 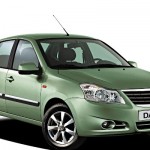 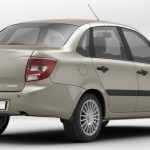