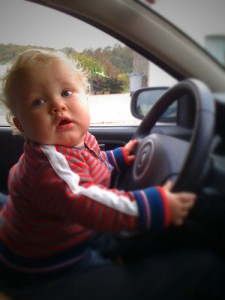 I learned to drive a bit later in life than a lot of my friends and work colleagues. I wasn’t exactly a pensioner when I first stalled at traffic lights but I was old enough to grow a lovely set of sideburns if I so fancied. And I did.

However, the latest figures out from the Department of Transport show that I was actually nothing more than a young whippersnapper when I made my first appearance behind a wheel.

In the last year there were 20 drivers of over 80 who took their UK driving test for the first time. The oldest is 93 years old and sadly failed. However, the next oldest -at 91 – was successful.

Apparently the oldest person ever to pass their test was the late former Tory peer Lord Renton. He managed the feat at a sprightly 94 and a bit.

The Oldest Boy Racers on the Road

On a related issue, there are 4 drivers in the country over 100 who have points on their licence for speeding, although one of them had actually passed the magical century at the time they were caught passing the speed limit.

So when you are too old to learn? I guess it varies in each case. I know some people of under 40 who are so set in their ways that I can’t imagine them learning anything new. Then there are much older people who seem capable of doing anything they want to do. A 70 year old friend I know left Scotland for the first ever time to come and visit me in South America last year, for example. My Mum never learned to drive but I am pretty sure that she could do so if she really wanted to (she doesn’t).

Therefore, it has to do with your attitude and, of course, physical condition. That’s just my opinion though and I would be pleased to hear anyone else’s thoughts on the matter.