Audi’s R18 Diesel Le Mans racer isn’t fitted with a rear-view mirror. It has a little colour screen and a rearward pointing camera at the back instead.

Simple but effective, as this system is suitable for cars that haven’t got a rear window. The first thing that comes to mind are construction vans and the likes. Often these don’t have windows in their back doors or sometimes they carry so much junk that the view to the back is obscured. Fitting a camera and a screen like Audi’s could drastically improve outward visibility and hence the driver’s orientation on the road situation. Safety profits!

Audi has announced it will also apply the system in the R8 e-tron. The electrically propelled version of their R8 sports car, to be released at the back end of this year, allegedly won’t have a rear window. I’m not sure why that is, as the concept car did have one – though rather narrow – that looked incredibly good on it. But whatever the reason is, not having a rear window provides an issue both on the roads and when backing up into a parking space. Once again safety profits (though car damage repair companies might have liked to see it otherwise).

But think of the possibilities! Needing a rear window to provide at least some overview of what’s happening behind the car has been a major constraint in automotive design. Ever drove around in a sporty model with a small rear window – think perhaps a Range Rover Evoque, an Alfa Romeo MiTo or Vauxhall Astra GTC – or one that has a structural element cutting the window in half – Toyota Prius, Honda CRZ? It can feel quite crammed and backing up without hitting anything can be quite tricky.

Audi’s simple system can make such a difference here, because it no longer matters what the window’s shape is or whether there is one at all. Also structurally this can make be beneficial, increasing potential to make cars lighter.

Of course, it’ll suck when the screen brakes or a bird craps on the camera! 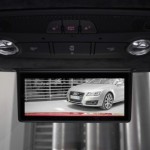 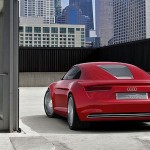 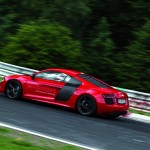 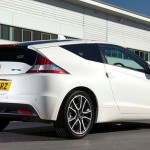 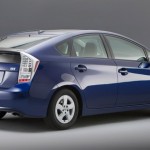