The Hyundai-Kia combination currently is the world’s fourth largest carmaker, after Toyota, GM and VW – not necessarily always in that order – but ahead of the other giant called Ford. In other words, they’re big!

There’s no denying the quality of these South-Korean cars has grown drastically since the introduction of the first Korean car on the European market, the Hyundai Pony, also Korea’s first mass-produced car. It wasn’t a particularly pretty car, despite having been designed by Italdesign Giugiaro from Italy. The project was managed by former director of Austin Morris, George Turnbull, and he hired another five top automotive engineers from the UK. In other words, Hyundai understood early on that to be successful in Europe and the US it could use the help of Europeans and Americans.

This hasn’t changed. The new Hyundai i30 and i40 for example were designed in Hyundai’s European design centre in Rüsselsheim, Germany, which was opened in 2003. Moreover, Hyundai has recently hired an American guy named Chris Chapman, formerly of BMW, as their new Chief of Design and the Chief Design Officer at Kia is a Dutch guy named Peter Schreyer. That this strategy is working for them is evident from the fact that the company grew from nothing to number 4 in less than 50 years.

Hyundais and Kias have been competing with cars from incumbent European manufacturers for decades. The VW Golf is clearly targeted with the i30, though it will be quite a challenge for the car to actually punch a dent in the German legend. Other brands, however, are feeling more pain, especially with a financial crisis that just doesn’t seem to want to go away. Opel, Fiat and the French.

The latter seem to now want to reinstate measures to protect their own automotive industry. A first step is their request to the European Union to enforce the Koreans to provide an overview of imports ahead of time. A next one could be to start raising import taxes on Korean goods again, only about a year after they were abandoned.

Still seems pointless, as the majority of Korean cars sold in Europe is also designed and produced in Europe. But tell that to the French. 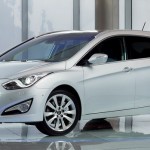 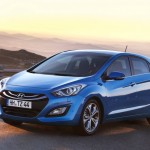 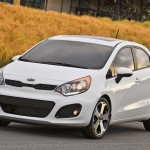 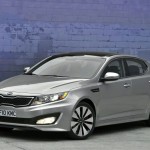