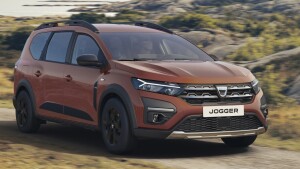 The Dacia Jogger car leasing models pricing and specification have now been confirmed and the order books have opened.

The firm says this will help redefine what a seven-seater family car should offer and the order books for the vehicle have now opened.

The Jogger is available in three trims – Extreme, Comfort and Essential.

This is also the longest car in the Dacia range and, at just over 4.5m, it offers a lot of cabin space.

The order books have now opened, and the first deliveries are expected by the summer.

The three-cylinder engine produces 110hp and torque of 200Nm. 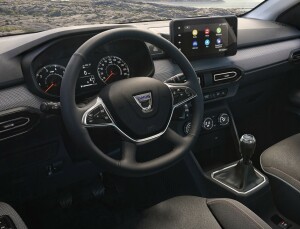 The power is delivered using a six-speed low friction manual gearbox to deliver the best performance.

Safety features include automatic emergency braking that is fitted as standard across the line-up, and this uses front-mounted radar to detect the vehicles in front and warns the driver when a collision risk has been detected.

Safety equipment in the Jogger

Drivers also get other safety equipment in the Jogger including parking assist, blind spot warning and hill start assist.

There’s also cruise control and electronic stability control and other standard features for the UK specification include manual air-conditioning, rear parking sensors, and the firm’s new media control offering that puts a smartphone at the centre of the car’s infotainment system.

There’s also a special edition, it’s the Jogger SE, which adds alloy wheels, rear and front parking sensors with a reversing camera, cargo mats and satnav – though this model is only available for a limited time.

The boot size is 213 litres and with the third row of seats folded flat, this expands to 712 litres. Fold the second row of seats, and this will extend to an impressive 1,819 litres.

For anybody wanting a rugged and well-designed contract hire car, there’s a lot to like about the Dacia Jogger car lease range which offers an interesting alternative in a competitive segment.