The all-new BMW 2 Series Active Tourer has been unveiled with the carmaker saying it has been completely re-engineered.

The all-new BMW 2 Series Active Tourer car lease range has taken a bow with the German carmaker saying the model has been completely re-engineered.

It comes with a raft of new features to make it an enticing prospect for the premium compact segment.

Indeed, BMW says that some of the additions are normally reserved for more expensive models.

Among the new features is a new generation of the firm’s iDrive control system that has a curved display.

These include the second generation of the firm’s mild-hybrid 48v technology which is mated to a seven-speed dual-clutch Steptronic transmission as standard.

The chassis has also been improved to deliver better agility and efficiencies.

And until next summer, drivers can opt for one diesel and two petrol engine choices. 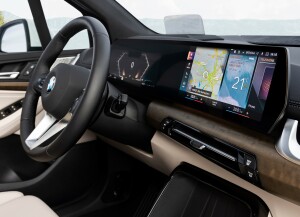 The 2 Series Active Tourer variants include the Sport, Luxury and M Sport.

There are a wide range of options available to help in the personalisation of each model and will help underpin its popularity.

Indeed, the first generation racked up more than 430,000 sales – and 80% of those were new BMW customers.

BMW has also completely redesigned the model’s interior with strong influences from the iX range.

There are five variants for the interior trim to give the new 2 Series an edge over rivals, including open-pore eucalyptus wood and aluminium execute.

There’s a new control panel, as well as a gear selector and BMW have added a smartphone tray that has a wireless charger as an option.

It also has a more spacious cabin, particularly for rear seat passengers and there are new seats to help boost long-distance refinement and comfort levels.

For those interested in having controlled adjustable dampers, the M Sport variant is worth checking out which will lower the ride by 15mm to boost sports handling and agility.

The new BMW 2 Series Active Tourer car lease range will be available for delivery in March next year and prices start at £30,265.