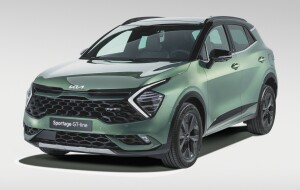 The all-new Kia Sportage has been revealed and offers hybrid and plug-in hybrid choices.

The covers have come off the all-new Kia Sportage car lease range that is aimed at European drivers.

This is the fifth generation of the SUV, and it also comes with hybrid and plug-in hybrid powertrains.

The new model has a slightly shorter wheelbase – though the car is slightly longer than the version it replaces. It also carries several exterior design tweaks.

Its combined power output is 261 bhp, with an all-electric range of 35 miles. The emissions are 31g/km.

There’s also a hybrid version with a smaller battery available producing 227 bhp, with emissions of 134g/km.

Kia also has a new engine which is a mild-hybrid 1.6-litre turbocharged petrol unit producing 148 bhp that is mated to the firm’s intelligent manual transmission.

Kia is also offering a diesel engine for the new model in the shape of its 1.6-litre CRDi unit producing either 113 bhp or 134 bhp. 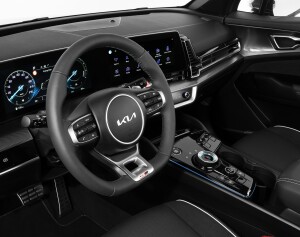 The interior for the Sportage’s range-topping GT-Line consists of two 12.3-inch display screens.

These are angled towards the driver and there are just two physical knobs to switch between the climate control and media systems.

Depending on the trim, drivers also get remote smart parking assistance, a 360° camera as well as matrix LED lights.

The interior is more spacious than the model it replaces, particularly for rear legroom, and there’s also a wide range of safety features too.

The safety kit for the Sportage lease range includes a satnav-based smart cruise control system to travel at safe speeds on motorways, as well as advanced driver assistance that will spot potential hazards before impact.

The Sportage also features forward collision avoidance to help avoid colliding with oncoming cars whenever turning at a junction.

Indeed, Kia says that the new Sportage will be one of the segment’s safest vehicles with a lightweight and reinforced body structure to boost torsional rigidity.

For a stylish and spacious family SUV that ticks every box, the all-new contract hire Kia Sportage is a car to consider leasing.