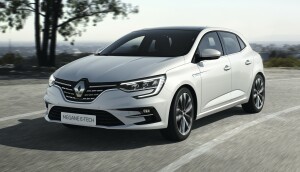 This is the new Renault Megane E-Tech plug-in hybrid car lease range that has been unveiled.

The five-door model now sits alongside the existing Megane Sports Tourer and has an advanced powertrain.

Available to order now, deliveries begin in September for the plug-in hybrid.

And it’s an impressive offering, particularly for company car drivers wanting to enjoy a Benefit-in-Kind (BiK) rate of just 11% and zero road tax for the first year.

The emissions are just 28g/km, and the battery can be recharged to 100% of its capacity in just three hours.

Standard equipment for the models includes an infotainment system, satnav and a range of advanced driver assistance systems. 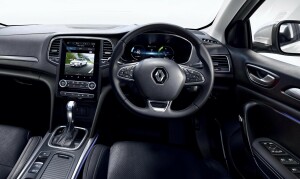 There’s plenty of space in the cabin and the cockpit delivers sophistication and refinement.

It’s a sound choice as a family car and will seat up to five people and has a boot of 308 litres – this extends to 1,200 litres with the rear seats folded flat.

There’s also ambient lighting, along with a brushed aluminium finish for the trim and door panels.

The main electric motor produces 65hp and works as a generator and high voltage starter.

This is the same technology that was unveiled for the Clio e-Tech hybrid.

Power is delivered using a six-speed automatic transmission and when starting up, the hybrid works in electric mode.

The Renault Megane E-Tech plug-in hybrid car lease range is aimed at an increasingly competitive segment and it’s certainly an interesting and well-designed car that needs to be road tested.