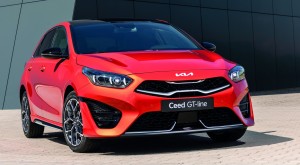 The Kia Ceed car leasing range has been revamped with new technology and powertrain upgrades.

It’s one of the UK’s bestselling cars, and the Kia Ceed car leasing range has been given a bold new look.

The dynamic design underpins what is an agile offering that is packed with new technology and improved engines.

Along with the five-door hatchback Ceed, there’s also improvements to the ProCeed shooting brake and the Ceed Sportswagon estate.

Each of these siblings will have a redesigned front-end, as well as sporty updates to the car’s rear.

Drivers also get a choice of refreshed body colours, a new interior and restyled alloy wheels.

The engines for the contract hire Kia Ceed now include a mild-hybrid diesel engine with power ranging from 99 bhp to 201 bhp.

Fuel economy for these engines has been improved with new technology, and the 1.4-litre petrol engine has now been replaced by the new 1.5-litre offering.

The engines are mated to either a seven-speed dual-clutch transmission, or there’s a six-speed manual gearbox available.

Kia says that its Ceed GT models fitted with the 1.6-litre engine will also produce a unique sound. 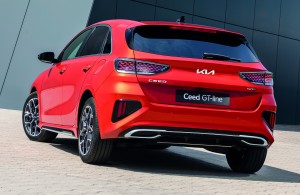 The Kia Ceed lease offering also features a premium, modern interior that has soothing colours, as well as tactile materials.

The new layout has been designed for comfort and there’s a panoramic sunroof to deliver a sense of space and light.

There is a wide range of upholstery finishes, and for the GT line, black suede leather bucket seats.

The infotainment system uses a 10.25-inch display, and there’s an instrument cluster using a 12.3-inch screen.

Improvement to the car’s app

The Kia Ceed revamp also includes an improvement to the car’s app so drivers can connect remotely to use or setup various onboard features.

There’s also voice recognition and Bluetooth connectivity and drivers can monitor their car’s location when other people are driving it using a valet mode.

There’s also driver attention warning to monitor other vehicles as well as forward collision avoidance assist to detect pedestrians and cars as well as cyclists.

The revamped Kia Ceed car leasing range will be available later this year with more details about the spec and prices available closer to the launch date.