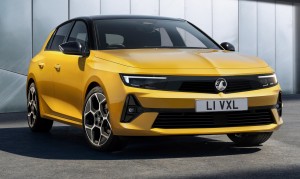 The eighth generation of the all-new Vauxhall Astra car leasing range has been unveiled and it includes a plug-in hybrid choice for the first time.

The Astra has been a bestseller in the UK for more than 40 years with the new model opening a new chapter in the compact class.

The plug-in hybrid has two performance levels, plus there are efficient diesel and petrol engines to choose from.

The new eye-catching design incorporates the firm’s new face, the Vauxhall Vizor, and is available as a sporty five-door that has a low-slung look.

The contract hire Vauxhall Astra has more space in the cabin than previously with the new car offering power ranging from 110 PS to 130 PS.

The diesel and petrol variants offer up to 225 PS when combined with the plug-in hybrid’s electric motor.

The diesel and petrol engines are mated to a six-speed manual gearbox as standard, while the plug-in hybrids are coupled to an eight-speed automatic transmission.

The order books have now opened for the Astra with deliveries starting next year, but more details about the specification will be released over the coming months. 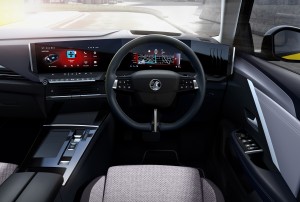 Among the Astra’s equipment list will include ergonomic seats that feature massaging and ventilation to help boost comfort levels and posture.

The carmaker is also adding a range of automated driver assistance systems, including a multifunction camera that is fitted to the windscreen.

The safety system that is created by monitoring the road will then make speed recommendations, adapt the car speed in corners and even perform semi-automatic lane changes.

Features for the Astra lease

Safety features for the Astra lease also include adaptive cruise control for the Astra car lease along with a head-up display, a 360° camera system to help with parking, traffic sign recognition and long-range blind-spot detection.

The cockpit has also been extensively redesigned with two 10.0-inch displays that have been integrated seamlessly.

Physical controls have been reduced and the infotainment system uses voice recognition.

Handling, Vauxhall says, has been boosted by stiffening the chassis and boosting the suspension for comfort levels.

There’s a lot to like about the all-new Vauxhall Astra car lease range and the plug-in hybrids are likely to be popular choices.