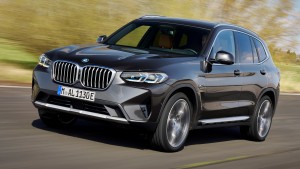 The BMW X3 and X4 car leasing ranges have been revamped for 2021.

Both models receive a redesigned rear and front section – and in the X3, this accentuates the sports activity vehicle appearance.

And in the X4, the sports activity coupe silhouette has been enhanced.

There’s also hybrid technology onboard the refreshed cars with the X3 xDrive30e receiving a plug-in system that uses a 48-volt setup.

The gearbox has been tuned to match the engine’s characteristics to reduce emissions and lower fuel consumption.

Also, both models have range-toppers with the M40i and the M40d variants – and when specified in the Pro Edition trim, they offer more dynamic performance and agility.

Enhanced equipment for the BMW X3 and X4 includes the firm’s Live Cockpit professional that features a 12.3-inch display.

Other standard equipment for the X3 and X4 lease models include automatic air-conditioning with three-zone control and enhanced leather sports seats. 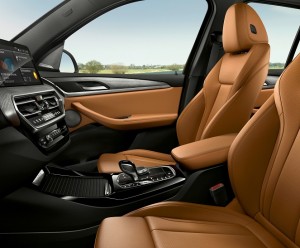 Engines for the entry-level BMW X3 and X4 feature three highly efficient 2.0-litre diesel engines with an output of 190hp, and torque of 400Nm.

This will see the models sprinting from 0 to 62 mph in less than eight seconds and onto a top speed of 132mph.

This means drivers will be propelled to 62 mph in just under five seconds and on to an electronically controlled top speed of 155mph.

The new BMW X3 and X4 also come with a choice of petrol engines with similar performance figures.

However, they return fuel economy of between 35 and 38mpg, while the hybrid will return around 109mpg.

The BMW X3 and X4 car leasing range will be produced in the USA and will start arriving in the UK from September.