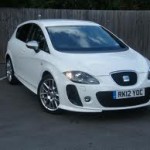 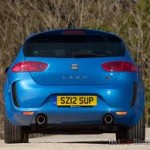 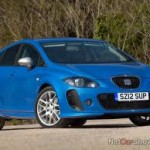 ‘Not a chance!’ – was the general reaction in our office when we first heard the rumours about the Seat Leon FR+ Supercopa deal was coming. Now it has arrived and there is more than a chance – it is a certainty!

Every once in a while a deal comes along and you know it is a good one because of the number of people at FVL who take it themselves. I will let you work it out for yourself. What would you think that a hot hatch that comes with Touch Screen Sat Nav, Bluetooth, Cruise Control, 18 inch Alloys, Sports Body Kit, ipod/USB Connection, Climate Control, Sports Seats and Parking Sensors on a 2 year contract with 10k miles per year would cost you per month?

You would be forgiven for thinking it would be upwards of £400. You would be miles away. This amazing car can be yours for the princely sum of £199.99+VAT per month – staggering stuff!!

Made in conjunction with Seat’s Motorsport division this car looks as good as it performs and comes with a great range of colours, but my personal favourite is the Speed Blue.

It is made more incredible by the fact that this deal is on the 2.0 litre Turbo Diesel version that gives you a beefy 170 horsepower but also 55mpg and only 134g/km, meaning it can be as sensible or as anarchic as you want it to be. It is equally at home taking on the winding B Roads in the country as it is cruising on the motorway and looks as good in the supermarket car park as it does rolling into town on a Friday night.

Usually, one of my first pieces of advice to people investigating leasing a car is that, if a deal looks to good to be true then it usually is. Not in this case – this is a deal and it is true so, my advice, for what it is worth: Buy it now, before it’s too late – you will never see the like of this again.