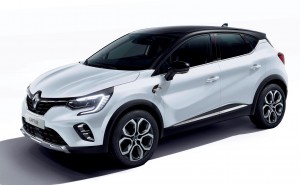 The Renault Captur E-Tech is the latest hybrid to join the range and boost the powertrain choices.

The big difference here is that the battery is recharged mainly using regenerative braking so there’s no need to plug the E-Tech hybrid in for charging.

Renault says that their offering is as efficient as a diesel engine and the new Captur E-Tech is the most powerful and efficient version in its range.

The contract hire Renault Captur E-Tech hybrid uses the same tech as was seen on the new Clio E-Tech.

This means drivers get a 1.6-litre petrol engine, along with a 1.2kWh lithium-ion battery.

The battery powers two electric motors and there’s an automatic transmission to help deliver the power.

The Captur E-Tech starts up in electric mode to deliver a refined and smooth drive.

The powertrain in the vehicle has been heavily influenced by Renault’s Formula 1 setup and the clutchless gearbox will show this. 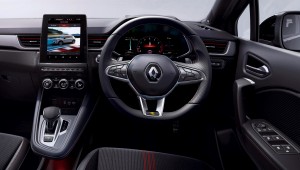 The combined power output for the new Renault Captur E-Tech hybrid is 145hp and it delivers a sprint time of 10.6 seconds.

The top speed is 106mph and drivers should expect fuel economy of 57mpg and emissions of 114g/km.

There are three driving modes that range from all-electric, to standard driving using the engine and using a mixture of the two – especially when extra power is needed when accelerating.

The Captur E-Tech lease model is also a safe car and has five stars from Euro NCAP tested for safety.

Drivers also get a 7.0-inch portrait touchscreen that is smartphone compatible with a DAB radio and Bluetooth.

The Captur E-Tech also has ambient lighting and a 7.0 digital instrument display.

Prices start at £24,500 which makes a car lease deal for the Renault Captur E-Tech an avenue worth exploring.