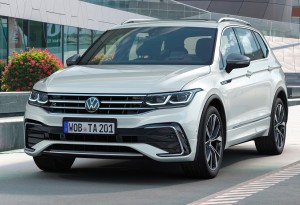 The contract hire Volkswagen Tiguan Allspace has been given a revamp with new driver assistance systems and an improved design.

There are several new premium features including touch panels for controlling the car’s equipment and LED matrix headlights.

The Tiguan Allspace has proved to be an extremely popular model around the world and there’s the option of seven seats in the XL version.

The new model is available to order now with specifications of Life, Elegance and R-Line.

Engines for the Volkswagen Tiguan Allspace lease range include the choice of a turbocharged 2.0-litre petrol engine, or a turbocharged 1.5-litre alternative.

The engines also feature cylinder management to close two cylinders for boosting fuel economy and they are coupled to a seven-speed automatic transmission.

Volkswagen is also offering turbocharged 2.0-litre diesel engines there are, apparently, plans in hand for a hybrid version at some point.

A sharper look for the cabin 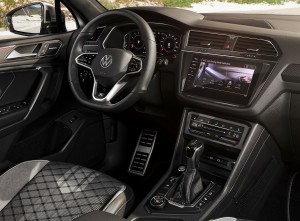 However, the revamp has delivered a digital cockpit, a sharper look for the cabin and comprehensive connectivity.

There’s still a five-seat configuration for the standard model with a boot size of 760 litres, or 1,920 litres with the rear seats folded flat.

The new model is also slightly longer than the one it replaces and there’s a striking visual note with an illuminated strip for the radiator grille.

The three-zone air-conditioning system now has a digital module in the dashboard for controlling it.

And there’s a new colour head-up display that will project information such as directions, speed and warnings onto the windscreen.

There’s also a new infotainment system onboard and an integrated eSim so drivers will always be connected.

Depending on the model, the infotainment system features natural voice control and smartphone compatibility.

Premium sound system as an option

Volkswagen has also added a premium sound system as an option for the Tiguan Allspace.

Since its launch in 2017, the Volkswagen Tiguan Allspace car lease range has proved to be a popular choice around the world, and the latest refresh will underpin its impressive contract hire offering.