The original Citroen DS might just be the most beautiful Citroen ever made – though it will feel the garlicky breath of the Traction Avant in its neck. From 1955 to 1975, the Frenchies sold almost 1.5 million of them.

Quite a successful car for its time then and that wasn’t just due to its incredibly beautiful design, but also because it set new standards in terms of comfort and handling. No surprise then that Citroen adopted its name for its current parallel range of designer cars, the DS series. Citroen showed the DS9 concept car not so long ago and it is an absolute stunner. The DS3, DS4 and DS5 are already on the market as the pretty siblings of the C3, C4 and C5. They will fetch the company a higher margin in exchange for ‘more style, more personality and more customisability’. Great marketing!

In Europe, the DS3 is no doubt the most popular of the current range. So popular in fact that, at least in the Netherlands, you seem to see more of them than of the second generation (since 2009) of the ‘normal’ C3. But maybe that’s just because they stand out more. In China, however, Citroen started its DS presence with the DS4 and DS5. Walking down the streets here, that makes sense. Bigger cars enjoy a much greater demand here.

But Citroen is soon – later this year – to introduce the DS3 here as well. And that’s not all, because at the same time the brand will open 24 showrooms, spread across the most important Chinese cities, for its DS models only. The number of these DS Stores will be gradually increased to about 200 in 2015, located in 111 cities. In short: Citroen has got great expectations for its DS range over here.

Citroen’s Chinese DS models are produced locally, in a joint venture with Chang’an Automobile Group and so not a single order will drip down to France.

Any DS-range success in China won’t mean a thing for the 8,000 Citroen workers and staff nominated for a lifelong unpaid vacation in France – although Mr. Hollande may still pose a source of hope for them. 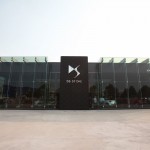 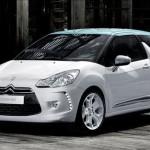 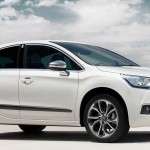 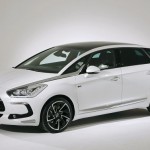