Honda has unveiled the fourth generation of its excellent CR-V and is planning on grabbing a bigger market share. 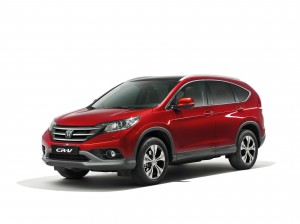 The British-built model is described as being a ‘perfectly centred balance between a car and an SUV’.

Launched in the UK this October, the CR-V has sold more than five million units since its 1995 launch. It will continue to be built at Honda’s production facility in Swindon.

The new model has been comprehensively redesigned for the European market and builds on the success of its predecessors with greater quality, practicality and refinement.

For the first time, the CR-V will be offered with a choice of both two and four-wheel drive on the 2.0 i-VTEC model, while improvements to the petrol and 2.2 i-DTEC diesel engines have achieved a significant reduction in carbon dioxide emissions.

Prices have still to be announced.