A few days ago I kicked off with a first issue of a prospected series about modern concept cars reincarnating classics of ages ago. The BMW 328 Hommage we have today isn’t quite as literal a translation as the Renault 4 redesign I started with.

But the 328 didn’t exist for speed. It existed for elegance and beauty and wasn’t considered the best-looking sports car of the Thirties for nothing. BMW didn’t honour it for nothing either, at the model’s 75th anniversary in 2011. The car is considered “a milestone in the history of the automobile”, according to BMW.

Like the original 328, the Hommage features a light-weight construction principle. In fact, it weighs only 1,720 pounds. That means a whole of carbon fibre on the in- and outside of the car. And wherever it’s used, they’ve made it visible as well.

I’m personally most attracted to the way they’ve made it look like a luxury retro cart, mixing modern high-tech with classic elements. The front end looks a bit like a jet fighter air scoop, but at the same time the crossed-out headlights refer back to the classic BMW. The leather straps to hold down the hood on the side, the split windscreen as well as the actual colour of the leather are three more strong references to the past, whereas the rear-end looks like a hardcore track racer.

The 328 Hommage has an incredibly intriguing design, playing with the past not only by copying its elements, but basing the whole car on the design principles employed over 75 years ago: making a light-weight high-tech sports car and letting the actual engineering radiate the beauty. 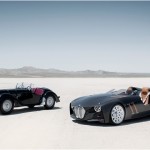 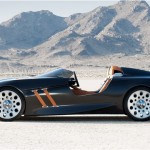 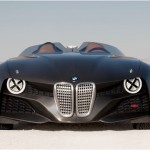 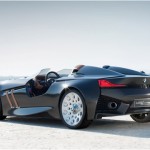 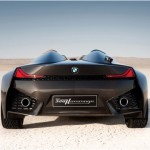 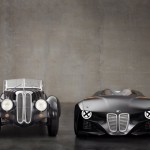 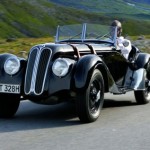