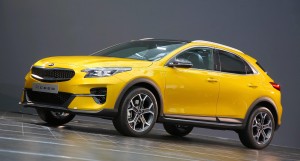 The all-new Kia Xceed delivers sportier handling and design than most traditional SUV’s.

This is the Kia Xceed and it’s an urban crossover with coupe styling.

It’s the fourth member of the firm’s Ceed range and order books are now open with deliveries starting in September.

The Xceed delivers a compact utility vehicle to the line-up and the carmaker has opted for a body style that is growing quickly in popularity.

Essentially, the Xceed bridges the gap between the SUV body style and a traditional hatchback.

Engines for the Kia Xceed

The engines for the Kia Xceed include a 1.0 litre unit producing 118 bhp and a 1.6 diesel engine producing 114 bhp.

There’s also a 1.4 litre petrol engine plus a 1.6 diesel unit and all are mated to either a six-speed manual box or seven-speed automatic transmission.

The engines help deliver the power for the vehicle’s nice levels of handling around town and on motorways.

Drivers get to choose from three well-specified models and there’s a lot of equipment to attract buyers. 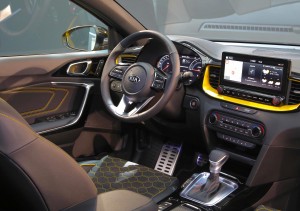 There’s also a higher ground clearance for the Kia Xceed and the distinctive look comes from the sloping roofline.

From the front, there are distinct differences between its siblings and there’s a new dynamic bumper at the rear.

Dominating the Xceed’s dashboard is a new 10.25-inch TFT widescreen system that has a telematics offering and which is fitted as standard in most versions.

Deciding which of the Xceeds will best meet your needs is straightforward with the entry level 2 models having 16-inch alloy wheels, rear spoiler, silver roof rails and an 8-inch touchscreen for Apple CarPlay and Android Auto compatibility.

For the money, the Kia Xceed delivers lots of equipment and technology and it is a stylish offering for those who want a good-sized SUV with a sound warranty offering and decent levels of performance.